Two years since the Institutions of Eminence project was announced, none have been selected. 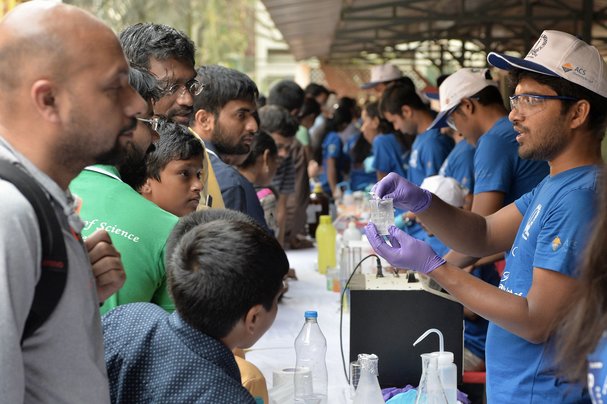 A flagship government initiative to improve India's global science standing is delayed over disagreements about assessment criteria. At issue is whether universities under the Institutions of Eminence (IoE) project should be shortlisted based on national or global rankings, or a mix of both, say academics in the country.

The University Grants Commission (UGC), which oversees higher education, was expected to announce a shortlist of 40 institutions by April 2018, a deadline it has missed.

“The whole process of application and selection has not been transparent,” says Pushkar, a political scientist and director of The International Centre Goa.

In February 2016, the government announced that it would spend 10 billion Indian rupees (US$147 million) to support 20 institutions to compete on the world stage. These institutions — 10 public and 10 private — would be given greater autonomy (and funding, in some cases) to promote their rise up global rankings, and boost India’s scientific performance.

India’s contribution to the authorship of papers in the Nature Index in 2017 was about a tenth of China’s, and about a third of Japan’s. The country’s top-ranking universityin the Times Higher Education emerging economies ranking, published in May, was the Indian Institute of Science, at 13th place.

I am sure @narendramodi govt's visionary initiative of establishing 20 Institutions of Eminence would certainly elevate selected institutions on global stage & help narrow down gulf with China in @timeshighered #THEemerging #EconomiesUniversityRanking2018. #TransformingEducation

Similar initiatives have been launched across the Asian region, including China’s Double World-Class project, and Japan’s Top Global University Project.

In December 2016, the UGC invited IoE proposals from highly ranked institutions in the National Institutional Rankings Framework (NIRF). They had to provide a 15-year strategic plan, with an emphasis on high-quality, multi-disciplinary research and international collaboration.

The UGC received some 100 applications by the December 2017 deadline, but, in January, extended the deadline to February 2018. The change sparked allegations of bias, with some scientists questioning whether the deadline was postponed to accommodate specific universities.

In March, the UGC set up an expert selection committee, headed by former chief election commissioner, N Gopalaswami, which has failed to meet its April 2018 deadline for selection of a shortlist.

The impasse is due to the UGC’s objections to the use of global rankings in assessing candidates, say several academics speaking on condition of anonymity. Global rankings would limit the selection to the country’s top performers, whereas the NIRF would give up-and-coming institutions a chance to prove themselves. The UGC, the academics say, has asked the committee to redo the selection based solely on the NIRF, which is expected to delay the decision by another three months.

Gopalaswami did not comment on the reason for the delay, but says institutions will be selected based on “a combination of factors.” He says, “above all, the institution concerned should have a credible track record as assessed under relevant parameters that count for world ranking.”

“If we want to be in top 100/500 of various global lists, we must rank universities on the same criteria,” says Dheeraj Sanghi, a computer scientist at the Indian Institute of Technology, Kanpur. “But we also should look at growth in recent times, and the leadership quality.”

The government needs to do much more to revitalize science in the country, says Subhash Lakhotia, professor of zoology at Banaras Hindu University. Many universities in India continue to “struggle for their existence,” he says. Unless India can take care of all its universities and provide certain basic minimum facilities and funds, giving a higher level of support to just a few universities will not enhance the country’s academic standing.

Pushkar says that India should take cues from its peers. It could form partnerships with reputed foreign universities, or invest heavily in hiring faculty from Western institutions for the short-term and long-term, as Saudi Arabia has done.

“China has done both and more,” says Pushkar. It has also spent heavily on attracting Chinese researchers living abroad to return home — “something with which India has been far less successful.”