The latest Times Higher Education rankings highlight innovation among universities established since 1945 and others aged 50 and under. 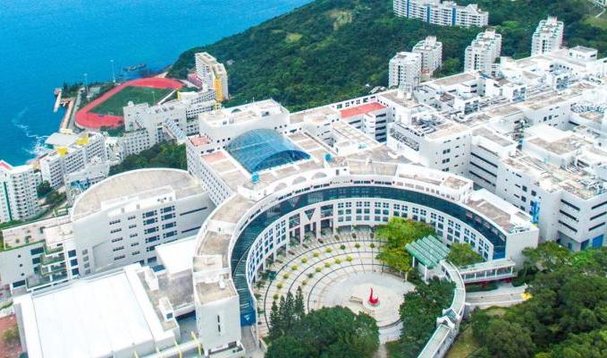 A South Asian science university founded less than 30 years ago has retained the top spot in a global ranking of 351 “young” higher education institutions, one of five from the region to make the top 10 in 2019.

THE first published its ranking of institutions under 50 years old in 2012. It uses the same 13 indicators as its world university rankings, focusing specifically on teaching, research, citations, international outlook and industry income. But the young university ranking gives less weight to subjective indicators of academic reputation, which older institutions have had more time - often many centuries - to cultivate. 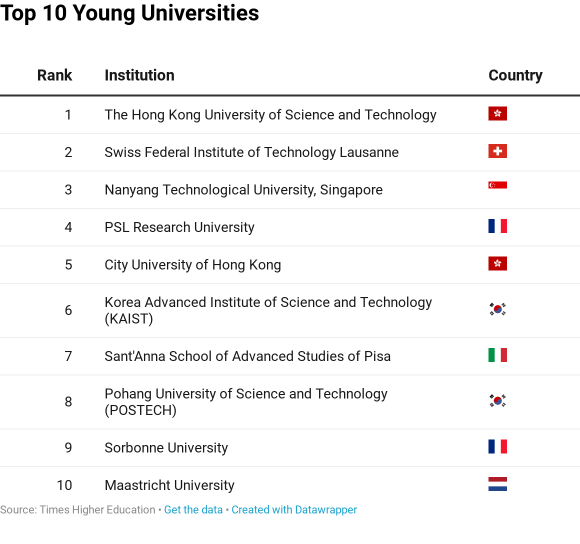 When tradition is a hindrance

Pam Benoit, provost at the University of Alabama at Birmingham (UAB), US, established in 1969 and ranked 12th, described qualities that distinguish younger institutions from their older counterparts, for whom a respect for convention and tradition was a “hindrance.”

“I can recall older universities saying ‘we’ve always done it that way,’ whereas our first president said ‘We don’t have any traditions to uphold. We can do anything we want,’” she told the THE’s Young Universities Summit, hosted at the University of Surrey in Guildford, UK.

Newer universities are more responsive to the evolving needs of younger students, argued Benoit at the meeting, citing the Maastricht University, Netherlands, (which dropped five places in 2019, coming tenth). The university, founded in 1976, pioneered problem -based learning and enjoys a 93% graduate employment rate, she said.

Forty-one percent of UAB students are from under-represented minority groups, 64% are female, and 29% are first generation students, she told the meeting.

She said UAB’s medical school is one of eight whose NIH funding has increased by US$100 million over the last five years, and it is the only new university to achieve this.

“The combined age of the others is 1120 years,” she said. “A strong interdisciplinary culture and shared lab resources is coded into our DNA. When the NIH started looking for interdisciplinary research, UAB was already doing it. We didn’t have the funding to do it any other way.”

Jess Wade, a physicist at Imperial College London, defended the innovation and interdisciplinary record of older institutions. “Academic research is always interdisciplinary now, and that feeds into how we train undergraduates,” she told a panel discussion on world-class institutions of the future. “I don’t think it’s only happening in young universities.”

Wade explained that from 2019 all undergraduate courses at Imperial will include a module known as iExplore, straddling business skills, humanities and social sciences, STEMM subjects (science, technology, engineering, mathematics and medicine) and multidisciplinary projects.

A university’s reputation is skewed by academic publishing and peer review, she said, which are biased in favour of western older established universities.

Wade argued that reputation, rather than purely career development, remains important for science students in particular, many of whom will be looking to do postgraduate research. “When you do a science degree you are thinking about an academic career, not about career development,” she said.

The Young University rankings was one of two unveiled at the summit. The “Golden Age” ranking focuses on 272 institutions founded between 1945 and 1968. 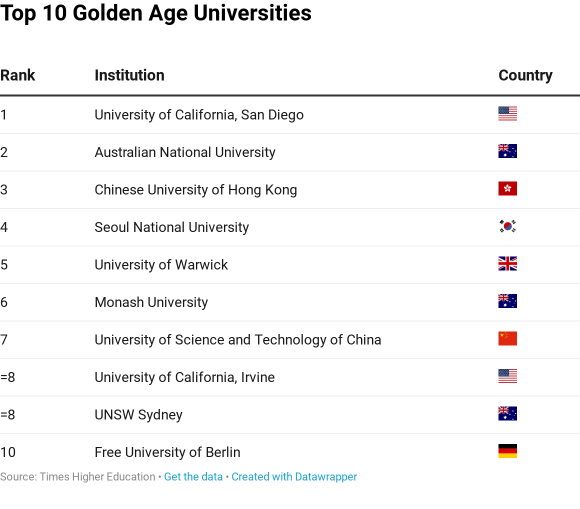 Three of the top 10 Golden Age Universities also hail from Asia – the Chinese University of Hong Kong (founded in 1963) ranks third again, Seoul National University (founded in 1946) comes fourth once more, and the University of Science and Technology of China ranks seventh. It was established in 1958 and came 13th in 2018.

Two European universities make the top 10. The University of Warwick, UK, ranks fifth (it was founded in 1965), and the Free University of Berlin, comes 10th. It dates back to 1948.

The full ranking can be found here.

The underlying methodology behind the ranking can be found here.