How young universities aiming for high rankings are preparing for “Generation Alpha”. 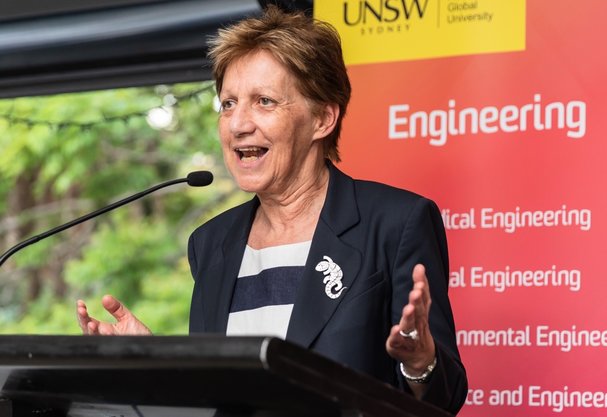 The leaders of a new UK engineering university hope to “disrupt pedagogy” when its first students arrive in September 2021, offering students 3-hour learning modules over four 10-week terms with a heavy focus on partnering with industry.

Judy Raper, founding Dean of PLuS Engineering, which is developing the new institution, described the endeavour as an “experiment to be tried” when she addressed THE’s Young Universities Summit last week, asking: Do you have to do recent research to be a highly-ranked university? And if we make an impact on the future workforce and industry and society, can we become a highly-ranked university?

PLuS Engineering is a spin-off of PLuS Alliance, a collaboration between King’s College London, Arizona State University and UNSW Sydney.

These goals influenced the selection of both the new university’s campus location at Canada Water in preference to Stratford, home to London’s Olympic Park in East London, in tandem with its first industrial partner, the property company British Land.

The company owns the 53-acre site in south-east London and plans to create up to 3,000 new homes and 2 million square feet of workspace. Raper identified the creation of “a £100 house” (US$126) as an early challenge for PLuS Engineering students.

“We chose Canada Water to partner with British Land and to be part of a story of regenerating a docklands area,” said Raper, a chemical engineer who was deputy vice chancellor (research and innovation) at the University of Wollongong, Australia between 2008 and January 2019. “Stratford is already done, it’s bright and shiny.”

Other factors to distinguish the new university from established institutions are the opportunity to graduate with a Bachelor’s degree in two years rather than three, and to be mentored by industry professionals as well as academic staff.

“We will expose students to problem-solving in industry, which is often way ahead of us,” says Raper, outlining a vision where students take responsibility for their own learning, and work on projects with industry partners. “We don’t have academics yet, apart from me, so we don’t yet know how it will work. We plan to disrupt pedagogy,” she said.

The new engineering university doesn’t yet have a curriculum as its first students aren’t due to arrive until 2021. Meanwhile students from its three founding universities are attending a summer school in Canada Water to work on future engineering challenges and will showcase their projects at an afternoon session there on 31 July.

They include sculpture fountains, rehabilitation robots and citizen hubs.

Raper and Roger Madelin, who leads British Land’s Canada Water development site, will talk about the new university and industry partnerships at the event.

Raper told the THE Summit that PLuS Engineering’s programmes would include multiple assessments, annual exams, and a focus on problem-based learning of the kind championed by medical schools. “We have banned lectures but we won’t ban exams,” she stressed.

Pam Benoit, senior vice president and provost at the University of Alabama at Birmingham, said “Generation Alpha,” a marketing term describing those born between 2010 and 2025, will seek highly personalised learning experiences as very technology savvy individuals. “The lecture will not work with them,” she agreed.

A ban on lectures in favour of tutorials and PLuS Engineering’s “facilitated learning,” proposal, which includes 3-hour online learning modules completed on campus, was also backed by Sue Bennett, head of the University of Wollongong's school of education.

Bennett, part of a panel discussion on what universities might look like in 2030, said there is 30 years of evidence to show that the lecture is a poor forum for learning and teaching. “I find it soul-destroying at times giving a lecture,” she said.

“Why do we persist with it? We’re at a point in time when we have a conundrum. We have good ideas but we need to embrace risk in pursuing those approaches. When we create the future we have to explain ourselves and reset expectations.”

The PLuS engineering facility is not the only UK institution being planned to address an estimated 20,000 shortfall in engineers across the country. In September 2019, New Model in Technology and Engineering (NMiTE) will open in Hereford, 140 miles away from Canada Water.

Traditional engineering disciplines such as maths and physics will run alongside ones in finance, management, marketing, ethics and human resources, with learning based on “real world problems provided by UK employers,” according to its CEO and provost Elena Rodriguez-Falcon. who is a mechanical engineer and former professor of enterprise and engineering education at the University of Sheffield, UK.

The future contribution of postgraduate research and education to the success of universities was also explored during the three-day summit, held at the University of Surrey, UK.

Isak Froumin, who leads the Institute of Education at the Moscow campus of Russia’s Higher School of Economics, said he was puzzled by the paucity of research done into doctoral and Masters’ degrees, saying that almost 85% of research is about undergraduate education.

“We know very little,” he said. “Thirty years ago doctoral education was a path to academic careers. Today it’s not. It’s a role to business and technology. But do we reflect this in the way we organise doctoral studies? No. Innovation in undergraduate education is probably ten times that done in doctoral or Masters’ level education.”