How a disparate team uncovered the world's oldest stone tools 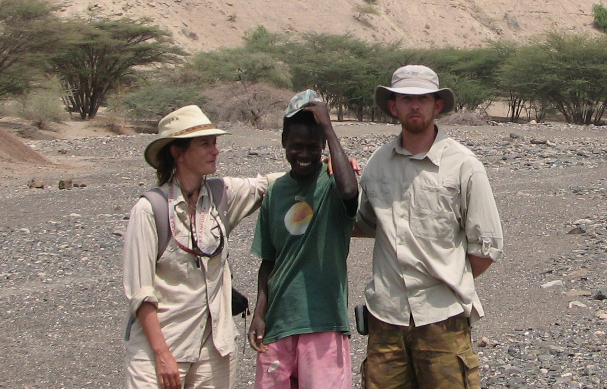 On a July morning in 2011, Kenyan goat herder and part-time archaeological surveyor Sammy Lokorodi was walking the hills overlooking a dry riverbed west of Lake Turkana, when he found a curious collection of light-coloured stones with sharp, chipped edges. They looked as though someone had made them.

Lokorodi, who was surveying as part of the West Turkana Archaeological Project, radioed his team leaders, paleontologist Jason Lewis and archaeologist Sonia Harmand, both from Stony Brook University in the United States. Soon, they were joined by geologist Craig Feibel, who had spent the morning wandering the landscape, filling bags with samples of ancient volcanic ash. Together, they checked the site, named Lomekwi 3, found more tool-like stones, and growing increasingly excited. “I immediately knew that they were probably very old,” says Harmand. But it would take years of work before they knew just how old. The tools date back 3.3 million years — 700,000 years older than any known examples and predating homo, the genus widely believed to have made the first stone tools.

When the find was published in Nature last July, it made news around the world. But the story of the achievement is one of collaboration across disciplines and nations. There are more geologists than archaeologists on the paper, Harmand and Lewis note, and their contribution was crucial to nailing down the date. “We knew that we had to be very careful to convince the entire community and the rest of the world,” says Harmand. “This was a revolution.” 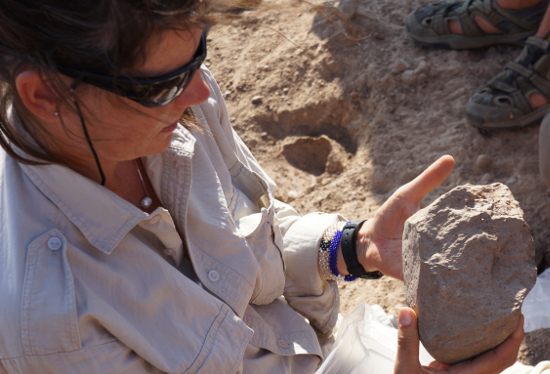 It started with the keen eye of Lokorodi, who has been working with the team for 15 years. For 11 months of the year, he is a goat herder. But in July, when the field team comes to Turkana, he joins them, with several other locals, in scouring the landscape for archaeological artefacts. “Sammy is the best surveyor,” says Harmand. She taught him what to look for in a stone tool, but having walked the landscape his entire life, no one else is better at actually spotting them.

The next piece was Feibel’s volcanic ash samples, which he shipped back to his lab at Rutgers University in New Brunswick, New Jersey. On another Rutgers campus in neighboring Piscataway, three other researchers analyzed soil samples via isotopic dating. Within six months, Feibel’s team had found that the stone tools were buried between two layers of volcanic ash dated to eruptions 2.5 million years ago and 3.4 million years ago. Based on its depth, Lomekwi 3, and therefore the tools, seemed nearer to the earlier end of the timescale, but that wasn’t conclusive.

An important piece of supporting evidence was the magnetic signature of the rock at the site, which is sensitive to Earth’s magnetic field and its reversals every few hundred thousand years. Dennis Kent led that analysis at Rutgers and honed in on one compatible period lasting 120,000 years — falling 3.3 million years ago. After a year of work, Feibel was confident in the age. 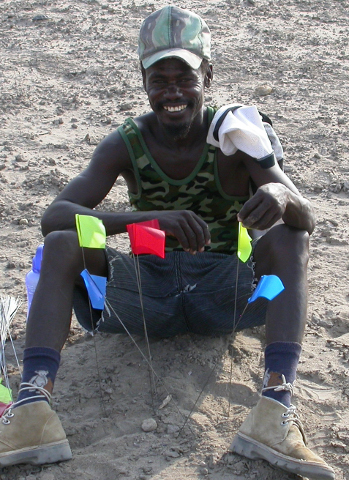 Under antiquities law, the stone tools remained in Kenya’s national museum, along with hominid fossils that Lewis’ team uncovered during follow-up work at the site in 2012. Harmand’s team of archaeologists hauled laser scanners to Nairobi to made models of the tools for their labs. There, they tried to place them in a technological timeline. Since nobody had ever seen such old tools, no one knew how they could have been made. Working with Michel Brenet of the University of Bordeaux and Adrian Arroyo of the Paris West University Nanterre La Défense, the team deduced that the chipping technique sometimes employed cruder forms of pounding and was clearly less sophisticated than the precision that produced the next oldest known tools.

There are also several open questions for Lewis' team of paleontologists — including which species made these tools and what they used them for. The team recovered nearby animal fossils but they bore no marks suggesting the tools had been used on them. The team is already preparing to publish further finds from the site. Every July they return to the site with Sammy, and continue to dig.