"For twenty years people had been telling me how lucky I was to be in our field of research because 'things' were changing for young women. Twenty years later 'things' had not changed." 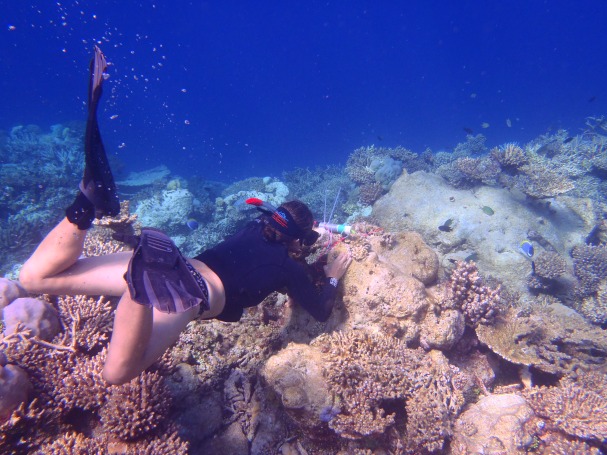 Harassed on fieldtrips. Excluded from projects. On the receiving end of micro-aggressions. A lack of female role models.

These are some of our collective experiences as women working in science and engineering.

Such experiences erode research opportunities and career progression, leading to the loss of many brilliant women from our disciplinary field – along similar lines as we’ve recently seen exposed in Australian federal parliament.

Today we published a global snapshot of the status of women in coastal science and engineering. The results show that gender inequity is still a major problem in the daily work lives of women globally.

And since gender inequalities in science won’t self-correct, we’ve developed some solutions based on our findings.

Working at the water’s edge

We work in coastal geoscience and engineering, a broad discipline focused on physical processes at the interface of land and sea. Here’s one of our experiences:

For twenty years people had been telling me how lucky I was to be in our field of research because “things” were changing for young women.

This didn’t resonate with my experiences. Twenty years later “things” had not changed and I was no longer a young woman. I started talking to other women and found that they had faced similar challenges, and wanted to see change. – Ana Vila-Concejo

To catalyse change, we founded the Women in Coastal Geoscience and Engineering (WICGE) network in 2016. Our first project was a study to understand the main issues faced by women who work in our field.

We surveyed 314 members of the coastal science and engineering community and analysed the gender representation in 9 societies, 25 journals, and 10 conferences.

We found that while women represent 30% of the international coastal science community, they are consistently underrepresented in leadership positions (such as being on journal editorial boards and as conference organisers). This situation was clearly acknowledged by the coastal sciences community, with 82% of females and 79% of males believing that there are not enough female role models.

Female representation in prestige roles was the highest (reaching the expected 30%) only when there was a clear entry pathway that gave women an opportunity to volunteer for a role.

Female representation was the lowest for the traditional “invite-only” prestige roles.

A significantly larger proportion of females felt held back in their careers due to gender than their male counterparts (46% of females in comparison to 9% of males).

Reasons for this include:

Fieldwork emerged as a key area of inequity, with female respondents being excluded or outright banned from research ships. For those respondents who made it to the field, many of them reported experiencing gender stereotyping and/or sexual harassment.

We used our survey to ask some forthright, open-ended questions about peoples’ experiences and observations of gender equality.

As a study author, the day I went over the responses was one that I will never forget. Stories of bullying, abortion and sexual harassment had me in tears at my desk. Inequality was consistent, pervasive and, in many cases, traumatic. – Sarah Hamylton.

So, what can be done?

Gender imbalances in science, technology, engineering and maths (STEM) are not a self-correcting phenomenon – so here are some ways to make science more inclusive for women.

The Women in Coastal Geoscience and Engineering network is already successfully implementing some of these steps.

By choosing to ignore inequity for women, you become accountable for allowing it to continue. Speak up, promote the work of your female colleagues and give them voice and visibility.

This problem transcends STEM disciplines. It is crucial that the wider community becomes aware of the extent of inequity so that, where necessary, everyone can take action to improve the governance and culture of their work place.

Sarah Hamylton is a senior lecturer at the School of Earth and Environmental Sciences, University of Wollongong, Australia.

Ana Vila Concejo is an associate professor at the University of Sydney, Australia.

Shari L. Gallop is a lecturer at Macquarie University, Australia.

This article was originally published by The Conversation.