From the top of the wave the view is sweet but it's all too easy to fall off. 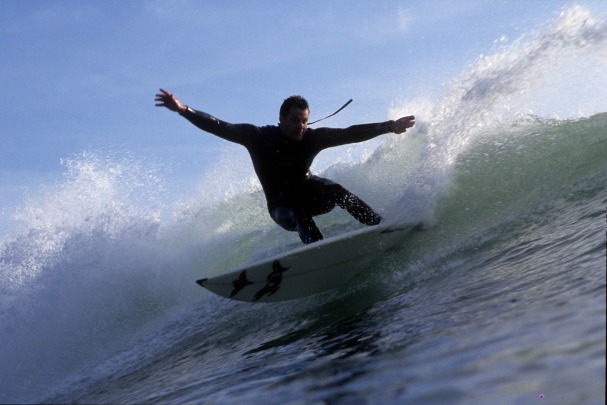 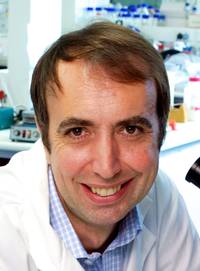 Being asked whether some scientific disciplines are easier than others is like being asked which Olympic sport is the easiest if you want to secure a medal. How easy or difficult it is for an individual depends on the traits they bring to the challenge as much as the challenge itself.

In my field of molecular biology, the big challenge is staying on the wave. Once you fall off it’s very hard to get back on top. The most successful people I’ve seen never fall off the top and they keep surfing the same wave towards success after success.

It’s a phenomenon worth exploring. From my observation, once you have some success, and reach the top, say by publishing a big paper, then all of a sudden everything gets easier. People notice. Grant referees will notice, journal editors will notice, collaborators will notice, the top students and good postdocs looking for a position in a good lab will notice. Your departmental head will notice and take it into account when allocating resources. You’ll be invited to speak at conferences and to review papers. You’ll grow in confidence and find you are part of the action, and you’ll become familiar with lots of new information.

Part of the club

There is no real club but you will be seen as part of ‘the club’. In reality no one ever feels they are part of the club - they just feel the heightened pressure of expectations. One cannot see oneself – but others will see you in a new light.

Beyond all this career politics there is substance associated with being at the top of the wave. You can see further and predict the next big experiment. You’ll also have all the key reagents so integral to success in the field – the knockout mouse lines, validated antibodies, complementary DNAs, cell lines. You won’t have much competition because you are out in front of the others, you won’t be as worried about being scooped and you won’t choose sideline projects to avoid the biggest and most competitive questions. Instead you’ll go straight at the big questions and you’ll be the one to get the big answers.

Then let’s say you fall off the back of the wave. This can happen to anyone. You may be unlucky in your experimental choices or you may take a career break or have to move with a partner. Lots of things might slow you down.

Small things eventually make big differences. Most scientists are pretty good but somehow one sees a huge range in productivity and reputation. The differences accrue mostly from all these little things, not from differences in talent or hard work. The Pareto principle – that 20% of people produce 80% of the successes – holds in science too. It’s bewildering but I think it is due to these positive and negative feedback loops that separate people. As Woody Allen said “80 per cent of success is showing up.” If you can hang in there at the top of the wave, you’ll be successful.

The point is, I don’t think molecular biology is harder or easier than other disciplines. I do think, though, that if you fall off the back of the wave in our discipline it is very hard to get back on. In some disciplines I’ve seen people make an entry later in life, or come in from industry, or move a lot, or frequently change subdiscipline and speciality, yet nevertheless move quickly up into the pole position.

I bet there are some examples where this has been done in molecular biology, but mostly the people I’ve seen who have been successful have stuck with one important problem and surfed it furiously to success. They have not stopped and started, and they have not swapped around much. Most people have had one main interest and then regularly supplemented and rejuvenated it with new approaches, but they have always remained fairly focussed.

If one accepts this analysis of molecular biology, and if one agrees that overall women tend to experience more career interruptions than men, then this aspect of molecular biology research will have a disproportionate impact on women. To improve gender balance more provisions have to be made. These might include re-entry fellowships of sensible duration and a greater recognition of how long to takes to regain productivity after an interruption.

Merlin Crossley is deputy vice-chancellor (academic) and professor of molecular biology at the University of New South Wales, Sydney, Australia. He has also worked or studied at the Universities of Melbourne, Oxford, Harvard and Sydney. This article was originally posted on the Crossley Lab blog.