From impact to inequality: How post-COVID-19 government policy is privatizing research innovation 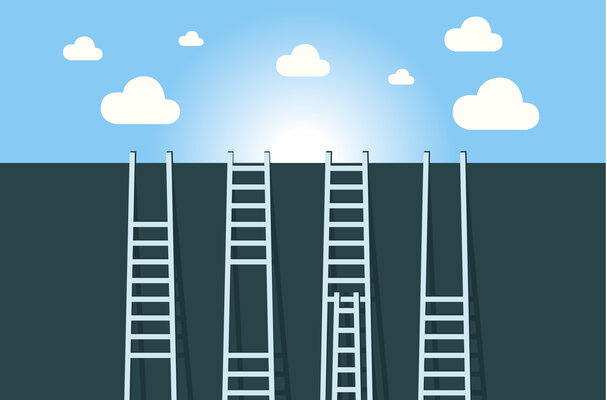 Over the last six months, the world has changed fundamentally. Most of us have been focused on practical measures: social distancing, getting offices and labs back up and running, and trying to work out how to effectively collaborate with colleagues beyond our offices and institutions.

But, are we focusing too much on practicality and not enough on strategy? Decisions made in the next few months could not only determine the research landscape for a generation but also have much broader consequences in a post-COVID-19 world.

More than 70,000 academic outputs have been written on different aspects of COVID-19 in the first six months of 2020 — many research fields never come close to that volume of output. At one level, the speed and universality of the response is heartening.

This is the first time that the global research system has attempted en masse to solve such a problem at scale. There will be a great deal that the research community draws from this experience about the culture of research, the nature of collaboration, and about how to solve a specific problem in a global context.

At another level, where university research budgets are cross-subsidised via overseas student fees, finances are bleak.

However, the ramifications of the COVID-19 crisis on research will not end when a vaccine has been developed. Its effects will neither be limited nor short-lived.

The research sector has long been seen by government as an engine of innovation and a tool for economic development. The United Kingdom's Department for Business, Energy and Industrial Strategy’s recently published vision for the post-COVID-19 contribution to be made by the UK’s research sector clearly aligned with this view.

While their new report commits to increased investment, increased diversity, support for open science and international collaboration, all of which should be applauded, there is also a clear statement that research needs to have impact.

Not only is blue skies research the key driver of technological change, but it is also linked historically with the largest redistributions of wealth.

Similarly, it is the explicit belief of successive governments in many countries around the world, that publicly funded research should have impact. Of course, research should lead to improvements for society as a whole, but the nature, timescale, locus and extent of impact is open to interpretation. Historically, companies have tended to be concerned with short-term goals.

However, the fundamental research needed for tomorrow’s advances is a long-term game. Adopting the perspective of an economist, government support of research ensures that developments not aligned with the action of Smith’s invisible hand continue to be funded.

Since the 2008 financial crisis, the definition of impact for universities around the world has become more immediate and more aligned with Industry. The COVID-19 crisis, far deeper and more profound than the 2008 crisis, will accelerate that trend. Increased funding and focus on the immediacy of impact is not necessarily bad.

It is, however, a dangerous route if it comes at the cost of support for long-term research. The change in definition of impact from long-term to short-term and from broad goals to specific, economically-aligned aims is causing a fundamental “switch”, or exchange of priorities between industry and universities.

The change in definition of impact from long-term to short-term and from broad goals to specific, economically aligned aims is causing a fundamental “switch”, or exchange of priorities between industry and universities.

Academics once traded the high pay and nice offices of corporate life for the freedom to explore long-term research agendas, but this is no longer the case. Tech giants such as Google’s Deep Mind, Apple, Huawei, Tencent and others, as well as start-ups, are investing in ‘deep tech’ – just another term for blue skies research.

Researchers, notably in artificial intelligence (AI), can have their cake and eat it – both earning competitive salaries and working on long-range problems. Already, most of the best AI researchers are not working in academia, having left in favour of industrial research venues.

This ‘brain drain’ is not limited to computer science: SpaceX recently launched and retrieved a reusable space vehicle to transport astronauts to the International Space Station – a technology not seen in the US since the end of NASA’s Space Shuttle program on 8 July 2011. The research and development of technology that will take us back to the Moon and beyond, at least in the United States, is no longer in public hands. NASA has outsourced space flight.

Yes, we need a research sector that is the engine of innovation that governments want, but we also need a sector where blue skies research is not “mortgaged” to pay for short-term economic outcomes.

While these selected examples are not yet representative of all blue skies research, they point to a worrying trend. Not only is blue skies research the key driver of technological change, but it is also linked historically with the largest redistributions of wealth.

If governments around the world adopt policies that lead to the privatization of tomorrow’s research, the result will be faster increases in wealth inequality, with all that brings. It is in the hands of researchers to advise policymakers and to make a strong argument for balance.

Yes, we need a research sector that is the engine of innovation that governments want, but we also need a sector where blue skies research is not “mortgaged” to pay for short-term economic outcomes, as badly as those are needed.

It is the responsibility of this generation not to allow long-range research to disappear into the blue.

Daniel Hook is CEO of Digital Science, developer of the Dimensions database of scholarly information.

This article was originally published on the [LSE Impact Blog]((https://blogs.lse.ac.uk/impactofsocialsciences/2020/09/01/from-impact-to-inequality-how-post-covid-19-government-policy-is-privatising-research-innovation-2/). Read the original article.