Calibri vs Garamond: Can font choice make or break a research paper?

What your preference says about you. 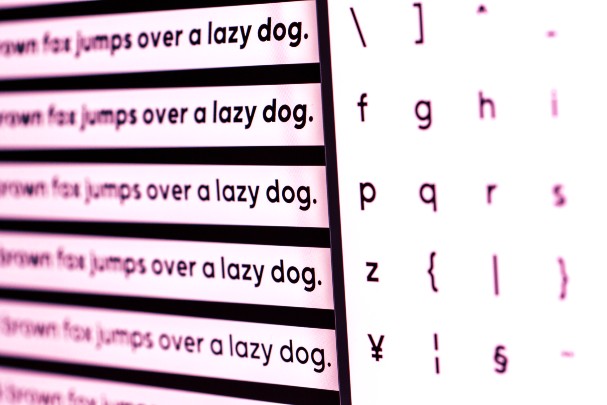 From Times New Roman to Garamond to Cambria, many authors and editors have a preferred font. But does it make a difference when submitting a paper to a journal?

It’s true that a manuscript should be judged on its scientific merit, not on the way it’s presented. But it’s also true that a well-formatted manuscript is more likely to give a good first impression to an editor or reviewer.

Fonts tend to evoke passionate opinions, because appear to have personalities – from serious to comic or gothic. It’s possible that, consciously or not, readers might associate the font choice with the personality or intent of the author.

Jesse Meyer, a postdoctoral fellow at the University of Wisconsin-Madison, says he was “overwhelmed” by the heat it generated when he took the topic to Twitter.

The sans-serif font, Calibri, for example, was revealed to be particularly divisive:

Because calibri is ugly. Anything is >> calibri.

Calibri is evil- no idea who thought it should be the Word default font- to me, anything written in calibri screams “I just didn’t care enough to use a reasonable font”- HATE IT (and my lab will back ne up if anyone doubts my vehemence on this topic!

I use Calibri default as it is the default so avoids any judgement on the font choice, but now I see that using the default creates judgement that I'm too lazy to change the font! 🙃

Don't stand out for the wrong reasons

So, why is font choice so important to some people?

Kristina Gill, an archaeobotanist and archaeologist at the University of Oregon, believes that typeface should vary between formats.

For manuscript submission, she favours Times New Roman or Garamond, “which is a little more open and easier to read”. For presentations and posters, she prefers Calibri, which she says is easier to read at a distance.

Charlotte Flatebo, an applied physics PhD candidate from Rice University says “you can’t control how your research will work”, but you can control how you present your manuscript. “It’s a little piece of victory.”

For journal submission, don’t overthink it. It defies logic that a journal would reject a manuscript on the basis of typeface alone.

Many journals have no specific requirements regarding format for submission, so if you prefer to write in a particular typeface – within reasonably standard fonts – it’s probably not going to hinder the likelihood of your paper being sent for review.

In fact, the common message from editors is that font choice doesn’t matter, unless it’s really noticeable.

“If your font draws attention to itself, it’s the wrong font,” says Andrew Bissette, senior editor at Communications Chemistry, a journal published by Springer Nature, which also publishes Nature Index. “Your reader should be thinking about your argument, not your presentation.”

In other words, font choice is probably an unnecessary concern.

Something that many journals do consider very carefully, however, is the type of font they publish in.

For example, the new Nature typeface, launched in October 2019, was designed specifically for scientific writing, to accommodate the needs of technical content including equations, formulae and symbols while also optimizing readability on a small screen.

According to Nature creative director Kelly Krause: “We aimed for an overall impression of calm, rational intelligence with perhaps a dash of British formality and wit.”

So while the context of the writing can be an important consideration in typeface choice, for an individual researcher, it is mainly a question of personal preference.