Doom, gloom, and a dancing cockatoo. 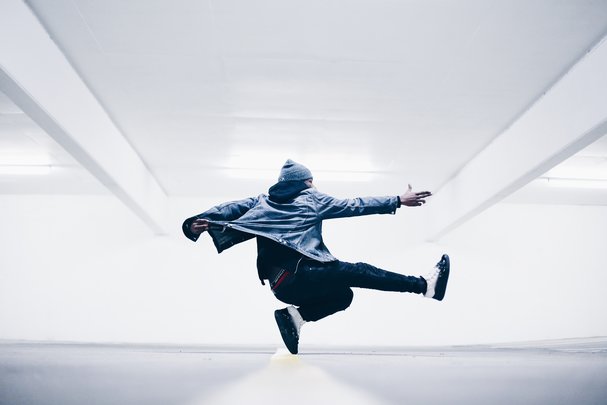 Humans aren't the only ones who like to dance.

With July 2019 being declared the hottest month ever recorded on Earth, the effects of climate change were front of mind for many – and it shows.

Of the five most talked-about papers last month, four are related to climate change – the extent of it, how we deal with it, and how we differentiate one-off anomalies from the early stages of a long-term trend.

There was also Snowball, the dancing cockatoo.

Below is an Altmetrics ranking of July’s most popular papers in the natural sciences, published by the 82 high-quality journals tracked by the Nature Index.

One trillion new trees. That’s how many Earth could support without encroaching on land already allocated to cities or agriculture, according to this popular Science paper.

As a team led by ecologist Tom Crowther from ETH Zürich in Switzerland calculated, if we increase the world’s forest cover by one-third, we’d have a shot at diminishing nearly 100 years’ worth of carbon emissions.

But it’d be a whole lot easier to protect what we already have and steadily reduce fossil fuel use than it would be to foster vast new swathes of forest over many decades, Crowther told National Geographic.

“If we act now, this could cut carbon dioxide in the atmosphere by up to 25%, to levels last seen almost a century ago,” he said.

The paper was particularly popular on Twitter, being tweeted by almost 6,000 people.

2. "No evidence for globally coherent warm and cold periods over the preindustrial Common Era"

The title belies little of the panic set off by this report that climate change as we know it today is unlike anything Earth has experienced in the past 2,000 years.

The paper, led by palaeoclimatologist Raphael Neukom from the University of Bern in Switzerland, found no evidence that the global warming and cooling periods we’ve seen in the so-called Common Era (the past 2,000 years) are part of a natural cycle that’s been correcting itself for millennia.

Finding that the fluctuations in temperature during periods such as the Little Ice Age (1300-1850 AD) and the Medieval Warm Period (800-1200 AD) were regional rather than global addresses a common argument by climate change sceptics that what’s happening now has long-standing precedent.

The paper was covered by more than 250 news outlets.

3. "Adaptive responses of animals to climate change are most likely insufficient"

More bad news from this study led by Viktoriia Radchuk, Alexandre Courtiol and Stephanie Kramer-Schadt from the Leibniz Institute for Zoo and Wildlife Research in Germany, which looked at how birds in particular are dealing with the effects of climate change.

The meta-analysis, which reviewed 10,090 abstracts and data from 71 studies, looked at whether observed trait changes, such as body size and body mass, could be classified as adaptive, and if they were of benefit to the survival of the species.

They found that while birds are, in general, adapting to a warmer planet, they’re not doing it fast enough.

“There are limits to these adaptive responses, and the lag is getting too big,” Radchuk told Wired.

4. "Spontaneity and diversity of movement to music are not uniquely human"

A much-needed change of pace, this uplifting study shows that humans aren’t the only ones who like a bit of a dance – captive parrots respond to music using a wide variety of movements and body parts, and they really do respond to the beat of the song. The paper, which was a hit with news sites and social media alike, came with a mascot: Snowball the sulphur-crested cockatoo.

Snowball has invented 14 different dance moves, and his performance on YouTube caught the attention of the lead author Aniruddh Patel, a cognitive neuroscientist at Tufts University, as far back as 2009.

Here’s Snowball showing off his moves:

This single-authored study by Claire Parkinson, who has been a climatologist at NASA’s Goddard Space Flight Center for more than 40 years, reports that sea ice cover in Antarctica experienced unprecedented decreases between 2014 and 2017.

The decline, found to be more severe than anything recorded in the Arctic over the previous 33 years, has yet to be explained, but researchers were quick to point out that it’s too soon to know if the shrinking is the start of a long-term trend or an anomaly.

“To argue that this recent dip is evidence of the start of a longer term decline driven by greenhouse warming is premature,” Mark Serreze, director of the US National Snow and Ice Data Center, told New Scientist.