The 5 most popular scientific papers of January 2020 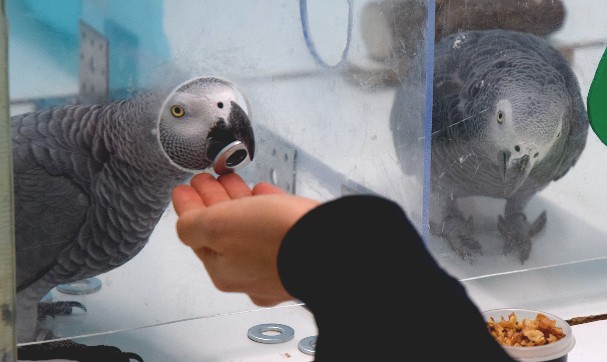 The most talked-about papers of last month covered some serious ground, from climate models and cancer to the legendary Marie Antoinette syndrome and parrots being pals.

The top story, about the mechanism behind stress turning hair grey, has scored an impressive Altmetric score of 3,197 to date, followed by a review of former climate models, with a score of 2,196.

Here is an Altmetric ranking of January’s most popular papers in the natural sciences, published in the 82 high-quality journals tracked by the Nature Index.

A team lead by Bing Zhang from the Harvard Stem Cell Institute identified the mechanism that drives premature greying in stressed mice.

The question now is what evolutionary advantage stress-induced greying could actually impart. As Shayla Clark and Christopher Deppmann write for Nature News and Views, it could be associated with experience, leadership, and trust.

“Perhaps an animal that has endured enough stress to ‘earn’ grey hair has a higher place in the social order than would ordinarily be conferred by that individual’s age," they surmise.

The paper, which was the most talked-about for January 2020, has been covered by 236 online news outlets so far, and was tweeted about by more than 1,700 people.

2. “Evaluating the Performance of Past Climate Model Projections”

Led by Zeke Hausfather, a doctoral student in UC Berkeley’s Energy and Resources Group, the paper reviewed 17 climate models published between the early 1970s and the late 2000s. They found that 14 of these models painted an accurate picture of the kind of warming that would occur in the years following their publication.

“The real message is that the warming we have experienced is pretty much exactly what climate models predicted it would be as much as 30 years ago,” Hausfather said in a press statement. “This gives us more confidence that today’s models are getting things largely right as well.”

The study was a hit on Twitter, reaching more than 8.5 million users.

A one-size-fits-all cancer therapy might seem too good to be true, but the discovery of a new type of killer T-cell that recognizes and kills multiple types of human cancer while ignoring healthy, non-cancerous cells, is intriguing.

Researchers at Cardiff University in the UK identified T-cells equipped with a new type of T-cell receptor (TCR), which were shown to kill lung, skin, blood, colon, breast, bone, prostate, ovarian, kidney, and cervical cancer cells in the lab.

"We are very excited about the immunological functions of this new T-cell population and the potential use of their TCRs in tumour cell therapy," Lucia Mori and Gennaro De Libero from the University of Basel in Switzerland, who were not involved with the study, told the BBC.

The paper was covered by more than 100 online news outlets and 1,503 Twitter uses so far.

4. “Parrots Voluntarily Help Each Other to Obtain Food Rewards”

Altruistic behaviour has been documented in birds for the first time.

In an experiment run by Désirée Brucks from the Swiss Federal Institute of Technology in Zurich and Auguste von Bayern from the Max Planck Institute for Ornithology in Germany, African grey parrots were found to help each other obtain food, even when there was no obvious reward for doing so.

"The parrots provided help without gaining any immediate benefits and seemingly without expecting reciprocation in return," the researchers said in a press statement.

The paper was particularly popular with the news media - more than 200 outlets have covered it so far.

According to Altmetric, the paper resonated with the Japanese audience more than any other country demographic.

Some positive news for smokers thinking about quitting, and those who already have - this Nature paper suggests that healthy cells emerge to replace some of the cells that have been damaged by tobacco once a person stops smoking.

This suggests that certain cancer-prone cells could be wiped out in ex-smokers.

“Once the person quits smoking, the cells gradually proliferate from this safe harbor to replace the damaged cells,” the study’s joint senior author, Peter Campbell from the Wellcome Sanger Institute, told AFP.

“What is so exciting about our study is that it shows that it’s never too late to quit.”