These are the 5 fastest rising universities in the United States

The movers and shakers. 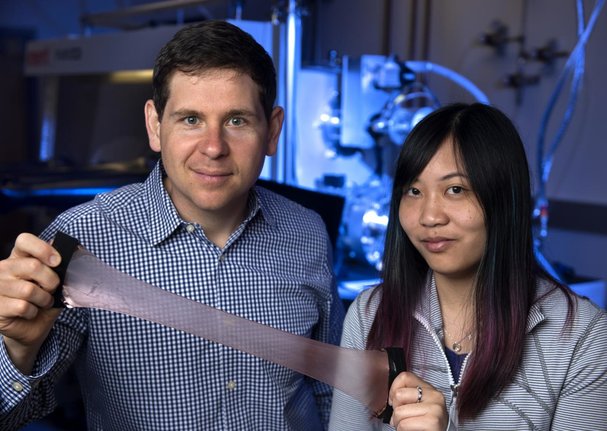 Alon Gorodetsky and Erica Leung from the University of California, Irvine invented a new material that can trap or release heat as desired.

Harvard and Stanford may dominate the global rankings in high-quality research, but Princeton University takes the crown as the most-improved university in the United States.

The second-fastest rising institution in this ranking, Northwestern University, is also making impressive headway, with its output increasing by almost 9% over four years.

The Illinois-based university took 21st place in the global top 100 institutions, and ranked 16th among the top academic institutions.

The University of California, Irvine is the third most-improved university in the US, but Washington University in St. Louis is hot on its heels, its Share increasing by almost 14% in four years.

+Share, formerly referred to in the Nature Index as Fractional Count (FC), is a measure of a country’s contribution to articles in the 82 journals tracked by the index, calculated according to the proportion of its affiliated authors relative to total authors on articles. This ranking measures the change in Share for each institution between 2015 and 2018.