One of the year’s hottest papers shows online story-tellers are lukewarm when it comes to truth. 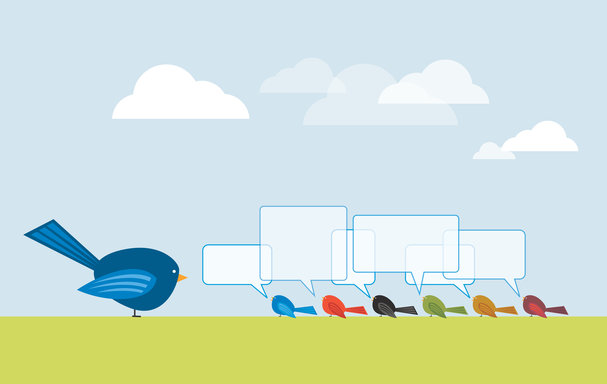 But they became much more relevant in the wake of a contentious presidential race in the United States, which sparked public outcry over #fakenews.

In March 2018, Vosoughi published his paper in Science, revealing that on Twitter false information spreads faster and farther than the truth.

The paper took the web by storm, earning an Altmetric Attention Score of 8,692 as of 28 December 2018, and making it the most talked about paper online among the articles published in the 82 high-quality journals tracked by the Nature Index in 2018. It was also the second most discussed paper in the 2018 Altmetric Top 100 list, which tracks web activity of some 2.8 million articles.

The study was runner-up to a paper revealing that the death toll of Hurricane Maria in Puerto Rico was more than 70 times larger than official counts (The New England Journal of Medicine).

Vosoughi, along with his former colleagues at Massachusetts Institute of Technology, analysed 126,000 news stories tweeted by three million users between 2006 and 2017. The stories were classified as true or false by six independent fact-checking organisations.

The researchers also found that human users, not automated ‘bots’, were largely responsible for the spread of false information.

Scary findings that confirm what many had long suspected. "A Lie Can Travel Halfway Around the World While the Truth Is Putting On Its Shoes" https://t.co/dg3nUod8DY

This is alarming. It also explains the rapid spread of science denialism, which is easily disseminated over social media and the popular press - including news sites which sometimes treat it as a counterbalance to peer-reviewed science, as if it was part of a legitimate debate. https://t.co/1mGWRiG2uB

More than 300 news outlets jumped on the story, including the New York Times, The Guardian and BBC News. Popular Science was scathing about the human propensity to spread untruths: “Our stupid brains love spreading lies all over the internet”. Scientific American's headline made a nod to pop culture, opening with “You can’t handle the truth – at least on Twitter”.

The paper was shared by more than 7,000 users on Twitter, with the hashtag #FakeNews gaining traction along with variations of the quote by the satirist, Jonathan Swift: “Falsehood flies, and truth comes limping after it”.

Vosoughi says he was surprised that the article became so widely discussed, particularly outside academic circles. Although being in the spotlight can be overwhelming, he says, it has helped him develop a clearer research direction.

But when it comes to publishing popular papers, Vosoughi advises researchers to follow their genuine interests rather than choosing ‘hot’ research topics for the sake of attracting publicity.

“Passion should be the main propeller,” says Vosoughi. “Good work will always speak for itself.”

This article is the first in a series about the papers in journals tracked by the Nature Index that gained the most online attention in the past year. Altmetric is part of Digital Science, a consultancy in London operated by Holtzbrinck Publishing Group, which also has a share in the publisher of the Nature Index.