Europe pulls together in scientific union Smaller EU countries depend much more on regional collaboration than their larger counterparts for the production of high-quality scientific research, Nature Index analysis shows.

For example, four of the top five EU countries in the Nature Index, ranked by how much they collaborate overall — Germany, the UK, Italy and Spain — collaborate about as much in-country as they do with institutions in other EU countries on papers tracked by Nature Index journals. That is, their ratio of domestic to regional collaboration is roughly one to one.

The Nature Index tracks the research affiliations of papers published in 82 of the world’s top scientific journals chosen by a panel of experts. A new and unique Nature Index metric, multilateral collaboration score (MCS), gauges collaboration across multiple institutions in the index, measuring collaborative output between several principal institutions. MCS can also measure collaboration within and between groups of institutions, defined, for example, by a country or region.

No Brexit effect, yet

While Britain’s June 2016 vote to leave the EU sparked fears that the union’s joint scientific effort would falter, no such conclusion can yet be drawn from the Nature Index collaboration figures.

Collaboration on papers published in journals covered by the Nature Index reached a peak in 2015 and fell in 2016 and 2017, both among EU countries and between EU countries and the rest of the world.

But 2017 is still too early for any Brexit effect to be evident in publications behaviour says, Graeme Reid, chair of science and research policy at University College, London.

MCS for cross-border collaboration within the EU fell 5.4% between 2015 and 2017, more than the 3% decline in MCS between EU countries and non-EU countries. Over the same period, overall EU output in the Nature Index as measured by fractional count (FC) fell even more, by 7.3%. This suggests the rate of decline in non-collaborative papers is higher than that of collaborative papers. (FC is a score ascribed to institutions based on their affiliated authors’ contributions to individual articles, with each author’s share counted as equal and a maximum FC of one for any article.)

Among the top ten collaborating countries by MCS inside the EU, Spain registered the sharpest fall for collaboration with institutions from elsewhere in the EU, with a 10.2% fall from 2015 to 2017, followed by Denmark (a 9.6% drop) and the UK (down 8.3%). In Austria, Belgium and Sweden, cross-border collaboration on high-quality scientific research within the EU increased over the same period.

Professor Reid says the impact of Brexit on UK research would vary between institutions and disciplines according to the extent of their reliance on EU funding. According to a 2017 report commissioned by the UK National Academies, EU funds of around €1.1 billion (US$1.28 billion) a year to UK research amount to about 5% of UK gross domestic expenditure on research and development. This represents about 12% of UK higher-education institutions’ total income from research grants and contracts. Within that, some disciplines in the UK are heavily dependent on EU research income, including archaeology (38%), information technology systems (30%) and chemistry (23%). 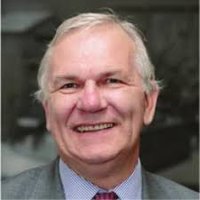 “If the research base in the UK is a block of cheddar, Brexit is going to turn it into a piece of Swiss cheese, with holes punched through it,” Reid says. “Overall the system will remain solid and high-performing but there will be bits of the system that are really badly damaged.”

Among the EU top five collaborating countries by MCS, France stands out: its institutions tend to collaborate much more with each other than they do with institutions elsewhere in the EU. France’s MCS for domestic institutions in 2017 was more than double that of its MCS with other EU countries, even though its domestic MCS declined sharply between 2014 and 2017, by 16.6%.

France’s premier scientific research institution, the French National Center for Scientific Research (CNRS), collaborates more than any other institution within the EU, but most of that is domestic collaboration. The Max Planck Society, Germany had the highest score for collaboration with other EU country institutions, and with institutions outside the EU.