Don’t let your academic career determine your every move

Should early career researchers be expected to relocate regularly in order to land a permanent job? 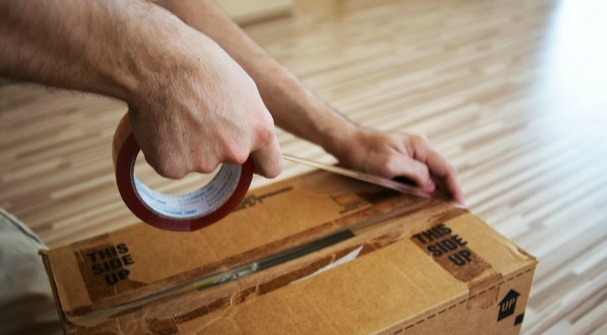 A career in academia is no longer the straight pathway to a life of secluded research that many think it is. New academics are soon made aware of the harsh reality of precarious employment conditions, such as; fixed-term contracts depending on availability of funding, zero-hour contracts with no employment guarantee, and ever-increasing job pressures.

The academic job hunt has become a gruelling marathon, for which there are no prizes for mere participation. Success depends on stamina and constant performance: Only the very best (and the very luckiest) can hope to secure tenured academic positions.

But casual contracts and stress aren’t the only factors compromising the well-being of up-and-coming academics. An additional, often informal or hidden, condition of academic success is employment experience at a variety of research institutions, ideally located in different countries.

Having myself lived and worked in six different countries across three continents, I have to some extent played this game. I also whole-heartedly support travelling for professional development—especially when it comes to furthering an academic career. Diverse work experience from different research institutions can yield many benefits, including:

The point of this article is not to negate the obvious benefits of moving for academic career progression.

The point, instead, is to argue against making mobility a compulsory criterion for employability. A researcher’s inability to regularly move home, or their mere preference to stay in one location should not be seen as automatic disadvantage, nor should it be used to discriminate against them.

Before writing this blog post, I asked recently-appointed lecturers and colleagues about their post-PhD employment history. This included the number of moves they undertook, and any associated experiences.

As expected, many colleagues were forced to move extensively. Indeed, one person struggled through six positions at four different universities before finally obtaining a (fixed-term) lectureship! And while colleagues reported some benefits of frequent moving (one person met their spouse while conducting postdoctoral research abroad), the list of negatives was far longer.

It is hardly surprising that uprooting your life and settling into new environments on a regular basis may compromise mental health. My colleagues reported suffering from feelings of uncertainty about the future, and from distress caused by managing the logistics of frequent moving.

All “frequent movers” who responded to my survey reported that their relationships suffered as a consequence. Some struggled with complicated long-distance relationships, others reported their spouses delaying personal career ambitions in order to follow them across the world. Important life events of friends and family were missed, close friendships lost, and social networks had to be re-built in every new location.

A related aspect is the impact on family planning. Many aspiring academics postpone plans for having children, with one of my colleagues stating:

[I] delayed having a child because I knew I would not be entitled to decent maternity pay until I had a contract that was more than 12 months [long], and [I] didn’t think we could afford it without maternity pay. I may have had a second child if we didn’t have to wait until I was 35 to have my first – I was 38 when I finally got a permanent contract […]!

It is a well-known fact that salaries of research staff often fail to reflect the many years spent in higher education. Constant moving for career progression can additionally chip away at already limited pay. In particular, moving costs aren’t limited to mere travel expenses, but can also extend to repeated purchases of new furniture, storage costs, and disproportionately high rent for short-term accommodation.

While travelling is typically expected to stimulate creativity, my colleagues raised awareness about frequent, non-financial “start-up costs” when relocating to a new institution.

This described an initial drop in productivity, which was linked to the efforts of settling in. Acquainting oneself with new structures, processes and people is time-consuming and requires mental capacity, which ends up distracting from research. To quote one of my colleagues: “You can never just carry on where you left off”.

Hence, while moving for career progression can be useful, some personal detriments are likely. Given the already worrying levels of wellbeing and mental health in academia, it is therefore essential to re-examine criteria for academic success and employment. In a recent Nature publication, five researchers shared their tips for staying healthy in the competitive research environment, with social support networks and work-life balance featuring high on their list of recommendations.

But just how are researchers expected to keep a big group of friends and engage in regular social activities, if they are constantly forced to uproot their lives, move home and chase new jobs?

For the sake of academic life satisfaction (and sanity), we need to seek alternatives for obtaining international experience.

Shorter-term research visits and frequent conference attendance could be compromises. Both have the potential to expose researchers to wider academic networks and new ideas without costly sacrifices of a personal life. Modern communication technology provides another means for taking collaborations further. Our careers must not determine our every move.

Rather than moving for the mere sake of our CVs, it is necessary to weigh the benefits against possible drawbacks for our personal life. Ultimately, this may mean prioritising psychological well-being, because a happy mind is the key to long-term success.

The cost of staying put