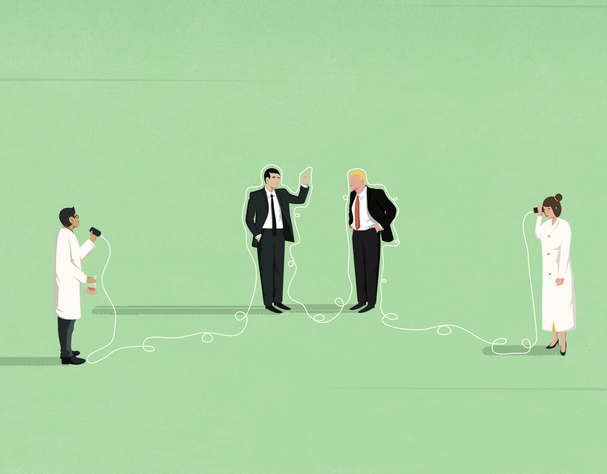 Political instability and escalating trade tensions have dominated 2019. As US–China relations deteriorate and the uncertain consequences of the United Kingdom’s planned departure from the European Union loom, science cannot escape the fray.

In the United Kingdom, cross-border funding programmes with Europe are increasingly vulnerable, and in the United States, a government-led crackdown to root out alleged espionage is complicating joint efforts between American and Chinese researchers.

The full extent of any damage to research output is not yet clear, but early signs in UK and EU collaborative science are worrying. Between 2015 and 2018, the United Kingdom’s annual share of EU research funding fell by€430 million (US$473 million), largely owing to a reduction in grant applications.

“There shouldn’t be any barriers,” says US-based neuroscientist, Hongkui Zeng, who relies on imaging expertise in China to investigate brain functioning.

The stories of international partnerships you’ll read about in this supplement are illustrative of resilience against political pressure. They are stories of mutual admiration, not animosity, and a desire for openness, not secrecy.

And there is a lot at stake. In the journals covered by the Nature Index, the number of internationally collaborative articles across the four broad subject areas has risen by between 21% (physical sciences) and 48% (chemistry) since 2012. Publications with thousands of authors are becoming more common in fields known for conducting big science projects, such as high-energy physics, genetics and oncology, as highlighted in this supplement.

This rise in collaborative research has been driven by necessity. As global challenges become increasingly complex, the most valuable teams are those with interdisciplinary skill sets and diverse perspectives.

For research, the truism that great things are seldom done alone, has never been more accurate.