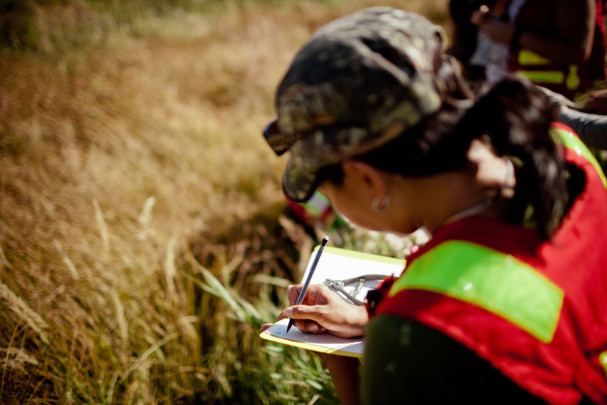 Australia's former chief scientist wants a portion of research spending directed to priority areas, such as food, soil and water.

During the final 18 months of his five-year term as Australia’s chief scientist, Ian Chubb led a project to identify the country’s research priorities. These were to address areas of national significance, such as salinity and aridity, and strengthen Australia’s competitive and comparative advantages. Just before Chubb ended his tenure as chief scientist in January, this year, the federal government announced nine science and research priorities: food, soil and water, transport, cybersecurity, energy, resources, advanced manufacturing, environmental change and health. He spoke with Nature Index about the process he and his team went through.

Why was Australia the last OECD member country to develop priority research areas?

We've grown up with this tradition where we let everything bubble up. We didn’t readily embrace the idea that a government could be expected to identify a national interest and ensure we had the capacity to pursue it. The other problem was complacency. Because we constantly say we 'punch above our weight' in terms of research outputs, we feel we don't have to do anything else. It's delusionary

Which countries did you look at to determine where Australia should focus its efforts?

We knew what was happening in many other countries. But, for practical purposes, we took a local perspective. We asked what areas are important for Australia in terms of contributing at a global level, and for looking after ourselves. The latter was important to us. For example, it’s hard to imagine that anybody outside this country would do serious work on the Murray-Darling basin or that foreign governments would provide resources for that. And, if it’s our national objective to be a great food producer and supply Asian markets, for example, there are specific environmental and land issues that will impact our agricultural capacity and that we need to investigate now and monitor as the climate changes.

How did you determine Australia’s research priorities?

We tended to look at the areas we had to make sure worked, rather than ask what we are really good at. The priorities identified areas where we believed we needed to ensure adequate activity, adequate capacity and a high level of capability, as well as a pipeline [of people being trained in these areas] coming through the system to maintain the capacity. That’s why, in health, for example, the focus is more on population health including indigenous health because that’s where we saw a gap – in contrast with biomedical research, which is generally high-quality and supported.

How did you evaluate whether we had enough people with skills in these areas?

When you think about how we’ve built capacity in a research area, it's about whether PhD students are studying it. But if you ask how many PhD students we've got in particular fields, it's very hard to get an answer, for two reasons: one is that PhDs are classified under field of education and not field of research, and there’s not always an obvious connection. The second reason is that the topic of a PhD is decided by what students and their supervisors want to do.

If we wanted to make soil and water a priority, for example, we would need to make sure we had enough highly capable people working in that area to make a difference to our knowledge and our use of that knowledge. But there's no guidance on Australia's capacity in agricultural science. People study in that area by chance, not because somebody has said this is important and we need to increase domestic PhD students in agricultural science.

When you think about it, PhD funding is public money being spent ostensibly in the public interest. If it’s in the public interest that we make sure we do enough research in X, Y and Z, then somebody has got to say we don't have enough PhD students in those areas and do something about it.

The priorities will be reviewed every two years. How would you define success?

I would hope a reasonable proportion of our research budget had been spent on those areas: in the order of 40%. British colleagues told me they spend about 50% of research council grants on their priority areas, which seems reasonable. I would also want to identify and categorize university research programs – from undergraduate to PhD studies – in a way that is meaningful and relates to the priority areas, to make sure we've got the pipeline covered. Finally, I'd like to see a lot more Australian domestic PhD students in the sciences, aligned to the priority areas. If these are seen to be important, we can't leave it to chance that we have it covered. We need to know and, if we haven't, we need to act. We can't complacently drift into a position where younger people are turning away from important areas because we can't be bothered to make it clear why these are important and should be attractive.