Ranking the most popular degrees in the US

Health professions have been booming. 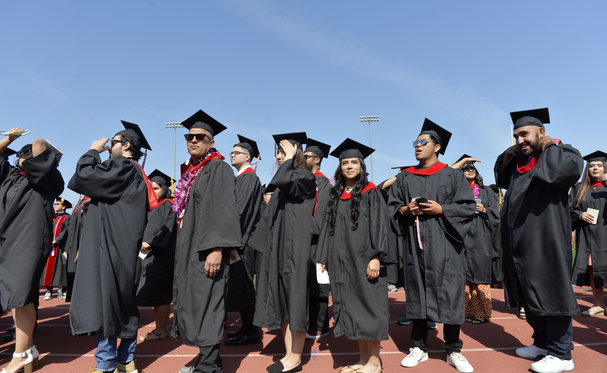 Trends in undergraduate education can say a lot about the societal pressures felt by young people.

Today, as the urgent need for more graduates who know their way around a coding interface or AI system is being pushed by industry, the media, and in turn, parents, a distinct uptick in STEM (science, technology, engineering and math) degrees has emerged.

At the same time, the decline of the less-occupationally linked majors is also stark, as the romance of philosophy and English literature fades.

To get a better look at the patterns that have developed over the last half-century, Nathan Yau from Flowing Data has visualized the number of bachelor's degrees awarded to US students in 32 fields of study since 1970.

Sourced from the National Center for Education Statistics, the data include the total number of bachelor’s degrees awarded and how they were split between the fields each year.

Here's how it looks over time:

As Michael T. Nietzel, president emeritus of Missouri State University, writes at Forbes, “This was the largest absolute increase of any major, and was almost tenfold more the number of health profession graduates in 1970.”

This uptick in students pursuing STEM subjects is in stark contrast to what’s been occurring in several humanities subjects.

Education and liberal arts and sciences have also taken a hit over the past decade.

“Whether these declines reflect student concerns about employability, a lack of clear purpose or direction for these majors or the malaise that has gripped the humanities for years is not clear, but the student flight from these fields is unmistakable,” says Nietzel.

As a recent survey by the Australian Federal Government showed, while more than 90% of medicine, pharmacy and rehabilitation graduates can expect to be in full-time employment within four months of graduating, those who study generalist degrees are struggling to get jobs straight out of university.

In another visualization, Yau has highlighted the biggest shifts in bachelor’s degrees since 1995, revealing the significant increase in gradates in parks, recreation and fitness and the yo-yoing of computer and information sciences: