The work of female researchers has a broader impact than citation analysis suggests, but not in India. 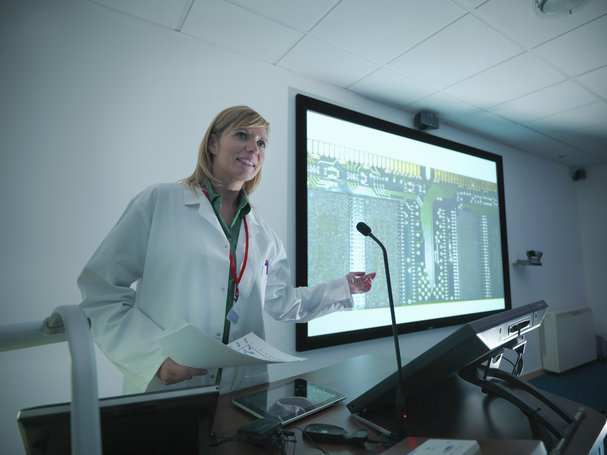 Papers with female first authors attract more readers, according to a recent analysis of five countries by Mike Thelwall, a cybermetrics researcher at the University of Wolverhampton. Articles led by female authors in the United States, the United Kingdom, Spain and Turkey received more attention from readers, but not those led by women in India.

The findings suggest that female researchers have “a quiet but big impact with their work, sometimes in ways that traditional impact indicators do not capture,” says Thelwall.

Previous studies have focussed on gender differences in paper authorship and citation impact, with a 2013 analysis finding that papers with female first authors are cited less frequently on average. However, few studies have looked at whether these disparities also exist in readership.

Thelwall investigated the average Scopus citation counts and readers on Mendeley — an online tool for managing and sharing scientific articles used by more than 6 million researchers — for papers with male and female first authors, where gender could be identified from lists of common names and the online platform Gender API.

Thelwall calculated reader counts using Mendeley API, which reports the total number of users that have added an article to their Mendeley library. The study captured citation and readership counts in mid-2018 for 1.3 million articles published in 2014 across 250 fields.

The scales were tipped more in favour of female scholars when Thelwall analysed Mendeley reader counts. Papers with women in the prominent authorship position attracted 2% more readers on average in all countries except India.

A follow-up analysis also reveals that female-authored papers in all countries attract up to 7% more undergraduate readers, suggesting that female lead researchers have an impact that extends beyond citations.

Thelwall recommends that group leaders, interviewers and promotion panels consider the breadth of scholarly impact when assessing candidates, to account for any gender imbalances.

“Decision-makers need to be willing to acknowledge that women researchers have an impact on society, even if they do not have individual highly cited papers,” says Thelwall.