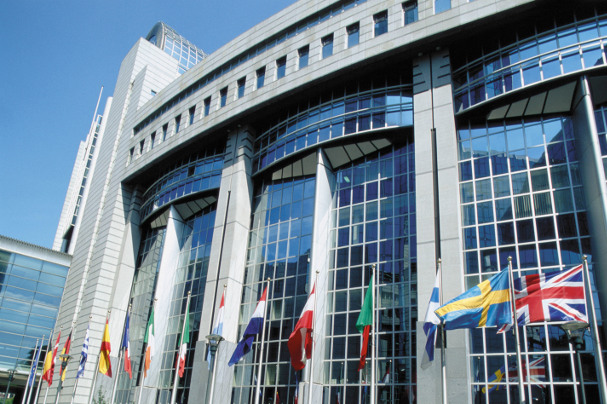 Flags of EU members outside the European Parliament building in Brussels.

As Britain considers whether to leave the European Union, the Nature Index shows that four of the top five countries British researchers co-authored papers with in leading journals were members of the EU. The database shows that since 2012, partnerships among UK scientists and their counterparts from five EU members have grown markedly.

Given these numbers, it's no surprise that in a recent Nature poll of scientists in Britain and the wider EU, most felt the union benefited both.

A national referendum on 23 June will decide if Britain will remain in the union. Of the nearly 2000 researchers living in the EU polled by Nature, only 12% of UK scientists supported a British exit, or 'Brexit'.

Those in favour of staying put say EU membership provides British scientists with research funding, increased collaboration and priority use of EU research-infrastructure projects. Indeed, British researchers have received approximately €1.4 billion from the EU since 2014, about 16% of the total amount of funding awarded to UK universities.

But Brexit supports say research funding lost as a result of the move could be balanced by redirecting some of the nearly €17 billion a year the UK contributes to the union's budget. As Angus Dalgleish, a cancer and HIV researcher at St George’s, University of London, told Nature: “We would have a far bigger budget for funding our own science.”

Since 2012, British scientists have co-authored most of their influential, high-impact science papers included in the Nature Index with researchers in the United States, co-authoring almost a third more articles than with their next highest collaborator, Germany.

In the past four years, the number of papers British researchers have co-authored with scientists from other nations has increased with both EU and non-member countries. The highest growth was with Swiss researchers, where co-authored papers almost doubled, while papers with Canadian researchers grew by 19 percent - the smallest rise.

Meanwhile, collaborative papers with researchers from EU members including Italy, the Netherlands and Spain grew by 58%, 51% and 49% respectively. Whether collaborations between UK scientists and their EU counterparts continue at the same rate will, in large part, depend on what happens at the polls in mid-June.