Many fear a plan to raise 42 universities to world class status will deepen inequality. 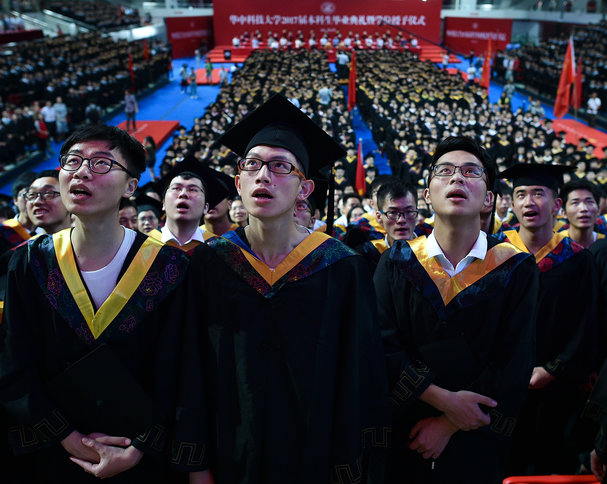 The Chinese government’s choice of the 42 leading universities it will fund to attain world class status has sparked immediate controversy among both the winners and losers.

Among the winners are a further 98 universities selected for specific disciplines only. All are expected to receive significant, as yet undisclosed funding from the Ministry of Education (MOE) under the ‘Double World-Class Project’.

Of those chosen from 2,880 universities across China, 39 of the top 42 were predictable, having been nominated under the similar 985 plan of 1998. They include Tsinghua, Peking, Fudan, Shanghai Jiaotong, Zhejiang and Sun Yat-sen University.

After enjoying 20 years support to boost their research capacity, it was to be expected that the 39 universities in the 985 Plan would qualify, wrote Zhao Meidi, a librarian of Zhejiang University in a widely read blog on ScienceNet.cn, the largest portal for Chinese scientists. But she questioned the inclusion of the three new members Zhengzhou, Xinjiang and Yunnan universities, arguing they fell far short of the standard. The Double World-Class Project should concentrate resources on academically excellent universities, Zhao argued.

Other commentators, however, said the Double World-Class Project would increase inequity in Chinese education. Zhou Guangli, deputy dean of the School of Education at Beijing-based Renmin University of China (RUC), told Caixin Magazine that the project will make strong universities stronger, and weak universities weaker. Most of the Double World-Class Project winners are located in rich south and southeast coastal regions. Beijing is home to 33 winning universities and Shanghai hosts 13. Henan Province in central China, however, has only two included universities.

Most of China’s universities are affiliated to local governments. According to Zhou, those in poor hinterland provinces get neither MOE funding, nor sufficient support from their local governments, so excellent students will increasingly leave for richer coastal regions.

Some inclusions and omissions from another element of the initiative, the plan to support 465 academic disciplines across 140 universities to strive for world class status, caused even greater outrage. For example, questions were raised on social media as to why agriculture at the Guangzhou-based South China University of Technology (SCUT) was included when SCUT lacks a school of agriculture or plant sciences. Yet the agriculture disciplines at Beijing-based China Agricultural University, Wuhan-based Huazhong Agricultural University (HZAU) and Guangzhou-based South China Agricultural University – all leading agriculture specialists - all missed out on the scheme. Similarly, Fudan University, traditionally ranked as one of the two top universities in journalism and communication (another is RUC), was excluded for journalism, while RUC was included.

MOE, which selected the winners, did not respond to requests for comment. In an article posted on its website, MOE stressed that selections for the Double World-Class Project were made according to national strategic interests, opinions of expert committees, previous official discipline rankings, third-party academic rankings and the 985 Plan and Project 211 (a mid-1990s scheme to fund 100 leading universities).

Despite the criticism, the selection of Double World-Class Project winners has been much fairer, more transparent and objective compared to past exercises such as the 985 and 211 projects, according to Fan Jingqun, deputy director for academic development at HZAU who was deeply involved in the evaluation process. Zhengzhou, Xinjiang and Yunnan universities were included because their geographic location is crucial to the One Belt One Road Initiative (BRI), says Fan. The BRI, part of China’s push to take a larger role in global affairs, is a policy championed personally by Chinese President Xi Jinping to expand China’s influence by building infrastructure along the ancient silk road route across Central Asia to Europe and east Africa.

Fan said Clarivate’s Essential Science Indicators (ESI) were used in the evaluation. He said most of the selected disciplines from universities were among the top 0.1% of the ESI global ranking, but some anomalies arose from different categorization of disciplines between the ESI and Chinese universities. “The ranking of SCUT’s agriculture as a first-class discipline is very probably because ESI’s agriculture category includes food science. SCUT has one of China’s strongest food science programs,” he says.

Yang Jiafu, an academic evaluation expert at China Agricultural University, says the results of a 2012 academic discipline evaluation organized by MOE also played an important role. All those ranked number one among the 95 disciplines evaluated in 2012 became the finalists of the Double World-Class Project, according to Yang.

It is expected that funding of the universities selected into the Double World-Class Project will be redoubled, but even more benefits will flow. The best students are expected to converge on the winning universities.

Rich local governments increased their financial support for local universities in advance of the selection process to boost their chances. Liu Guangming, a professor and dean of the School of Continued Education at Zhengzhou-based Henan University of Technology, estimated that since the competition was launched in 2015, just 13 provinces have spent or promised 40 billion yuan (US$6 billion) to support their universities’ quests. The largesse has paid for exhaustive talent hunts by Chinese universities in the past two years. Many of these universities have offered internationally comparable salary packages to compete for talent with Western universities.