Smaller member states are the beneficiaries of China's global trade and diplomacy project. 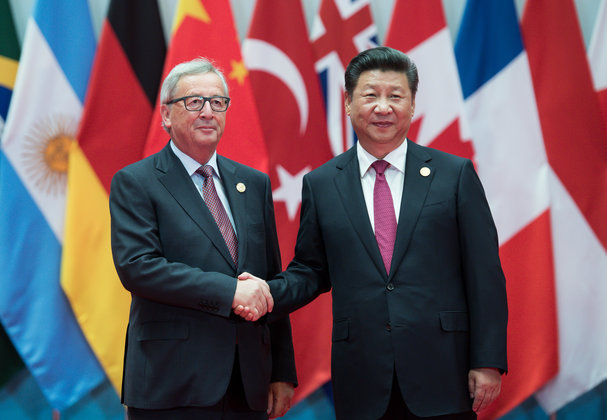 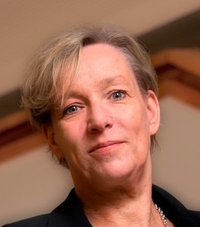 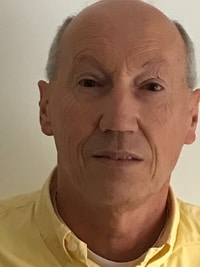 China is pouring billions of dollars into establishing land and sea routes to Europe, eastern Africa and the rest of Asia, in what President Xi Jinping has called a rebirth of the ancient Silk Road. The mega-infrastructure project, known as the New Silk Road, or the Belt and Road Initiative (BRI), is revitalizing China’s economic and political ties with countries across the region. But, it is also redefining its research connections with those nations, including in Europe.

Here are some early insights into how the Belt and Road is transforming China’s higher-education partnerships and research collaborations in Europe, based on a multi-annual international research project launched in 2018: The New Silk Road: Implications for higher education and research cooperation between China and Europe.

BRI builds on decades of scientific cooperation, which emerged following the adoption of economic reforms introduced by the former leader, Deng Xiaoping, along with the open-door policy. Cooperation was also fostered by the first National Science Conference in 1978 to promote research interactions between China and foreign counterparts. In 1982, the State Council established the China Science and Technology Exchange Centre to link local industry and research communities with their foreign counterparts. The first cooperation agreement between China and the European Commission was signed in 1998.

While these policies have long been focussed on bolstering China’s own science system, which had significantly weakened under former premier, Mao Zedong, BRI provides a new context.

China is positioning itself as a regional leader and a more equal partner for Europe in a specific range of science and technology fields. And it has the funds and output to prove it. The country has made headway in the area of artificial intelligence, and recently became the first nation to land a probe on the far side of the moon.

The expanding trade routes have especially spurred scientific partnerships between China and smaller European nations, such as Latvia.

The unprecedented pace and growth of China’s higher education and research sectors is causing remarkable shifts on the global scene. The country is a popular destination for students, hosting 450,000 international students in 2017, close to its aim of 500,000 by 2020. While it remains the world’s largest source of students, with some 800,000 outflowing graduates in 2016, the rate of Chinese students returning home has risen from barely 20% in 2000 to 80% in 2016.

China has also made great strides in recent years in the scale and quality of its research output. According to the Web of Science Core Collection database of research publications, its scientific output in international scholarly journals has multiplied more than tenfold, from about 30,000 research publications in 2000 to 350,000 in 2017.

The country’s pool of researchers is now the second largest in the world, after that in Europe. Over the past decade, China has implemented successful policies to entice researchers to return from their roles at top universities in the United States and Europe, often to prestigious, well-resourced academic positions.

China outdoes every country except the US in spending on research and development, with a rapidly increasing budget (it surpassed Europe’s in 2014). Significant resources have been invested in institutional excellence initiatives, most recently with the launch in 2017 of the Double First-Class project, which aims for China to have around 40 world-class universities by 2050.

New incentives and growth prospects are unfolding, especially since the announcement in 2013 of the Belt and Road Initiative. The government has committed between US$150 billion and US$1 trillion to the project, to build bridges, freeways, pipelines, rails and ports from Piraeus, Greece to Ulaanbaatar, Mongolia.

Higher education cooperation was introduced to the Belt and Road agenda at the Euro-Asia Economic Forum 2015 in Xi’an. Leading Chinese universities were encouraged and funded to establish Belt and Road Institutes, think tanks, and conferences to explore new alliances inspired by the initiative. A prominent example is the University Alliance of the New Silk Road led by Xi’an Jiao Tong University, which now involves more than 100 universities across five continents, including more than a dozen members from Russia and Western Europe.

A China–Europe minister-level conference followed in October 2016, aimed at strengthening cooperation between the ancient silk road trading partners. In May 2017, China published its Belt and Road technology and science innovation action plan, pushing for more cooperation in areas such as digital economy, artificial intelligence, nanotechnology, and quantum computing. It included plans to advance the development of big data, cloud computing and smart cities, and offered to sponsor 2,500 young scientists for short-term research visits to China, train 5,000 foreign scientists, engineers and managers, and set up 50 joint laboratories.

In June 2017, China and Europe held their third innovation dialogue (the first was in 2013), discussing collaboration under Europe’s €80 billion (US$91 billion) funding programme, Horizon 2020. It resulted in a roadmap for partnership through flagship initiatives (in food, agriculture and bio-economy, environment, climate and sustainable urbanisation, aviation, biotechnologies and biomaterials, and surface transport ) and key priority areas (peaceful use of nuclear energy, non-nuclear energy, information and communications technology, space research and the geosciences).

The National Natural Science Foundation of China (NSFC) has also jumped on the Belt and Road bandwagon. In July 2017, it organised a symposium with some 30 national and regional science funding agencies and international academic organisations, including many from Europe, which concluded with an action plan for cooperation in basic research. The partners also agreed to support policy strategies, the first of which was launched in 2018 on sustainable and liveable cities and urban areas, organized by the EU’s Joint Policy Initiative (JPI) Urban Europe and the NSFC.

EU-China research cooperation is now, more strictly than in the past, allocated on an equal basis under the renewed Co-funding Mechanism, with each side spending 200 million renminbi (US$29 million), or €26 million, annually from 2018 to 2020. The mechanism was first launched in 2015 to support joint research and innovation projects under the Horizon 2020 framework.

These new Sino–European science initiatives are bolstering research collaboration between emerging trade partners. An analysis of jointly authored research publications in the Web of Science database shows that China’s collaboration with researchers based in other countries has grown significantly since 2014. Worldwide, more than 36% of China’s research publications now also include an international co-author.

Several countries have considerably strengthened their links with China in recent years. Latvia tops the list of 10 European countries, based on its compound annual growth in joint research publications with China since 2013. It has seen an increase of 62% in publications in which at least one China-based researcher is mentioned as a co-author. According to a recent press release by China’s state press agency Xinhuanet, Latvia is not only a highly regarded partner in science, technology and innovation, but also a “logistics hub” for China in the Baltic. The Belt and Road Initiative seems to have had a profound impact on bilateral research partnerships between both countries.

Several smaller European countries also show significant co-publication growth rates above 20%. These co-publications with China are not necessarily the result of ‘exclusive’ bilateral collaborations, but could also be multilateral, arising from research in multi-country international consortia in ‘big science’ international research programmes. However, a large share of articles published solely by authors in the two partnering countries indicates relatively strong ties with China. On this metric, Latvia has indeed gained the highest share of papers with authors only in Latvia and China (46%), though the other nine countries are not far behind.

Chinese research cooperation activities seem to be targeting specific areas. Most of the growth in China–Latvia bilateral co-publications are in the field of physics and materials science. The same field, as well as cooperation in clinical medicine, is driving the high bilateral co-publication growth rates in the other top five European countries.

The rise of China is one of many factors that continuously shape and drive Europe’s science and higher education systems. But the speed at which China has been changing from an emerging player to an equal partner, and a serious competitor, demands that Europe adapt and respond to grasp the resulting challenges and opportunities.

Marijk van der Wende studies higher education at Utrecht University’s Faculty of Law, Economics and Governance, the Netherlands, and is also affiliated with the Center for Studies in Higher Education (CSHE) at the University of California, Berkeley, United States.