China gets serious about research integrity 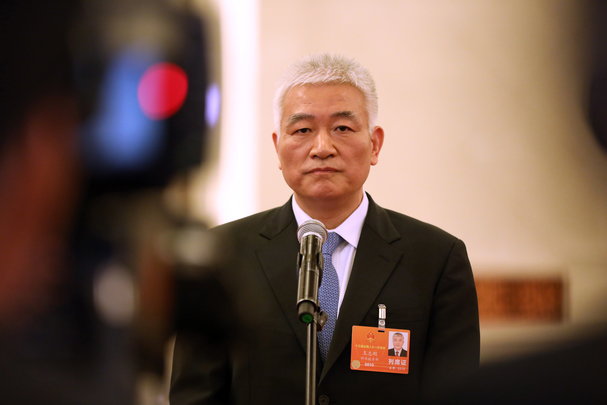 Wang Zhigang, China's minister of science and technology. The ministry has been given the responsibility to regulate misconduct in the natural sciences.

Government research agencies already have tough rules claiming a zero-tolerance policy against severe academic dishonesty, including the stipulation that scientists’ integrity records are checked when reviewing their grant applications, but sanctions are seldom enforced, scientists in the country say.

The regulations released on 30 May by the Communist Party of China and the State Council, the highest executive branch of government, have made it the direct responsibility of the Ministry of Science and Technology (MOST) to investigate, punish and regulate cases of misconduct in the natural sciences. In the social science, the same onus will be on the Chinese Academy of Social Sciences (CASS).

This decision should reduce buck-passing by ministries, according to Fang Shimin, a former biochemist who runs the whistleblowing website New Threads and The Organization for Scientific & Academic Integrity in China (OSAIC), a foundation aimed at exposing fraudulent scientists.

The guidelines require the MOST and CASS to set up a research integrity auditing body. They are expected to work with departments involved in research funding and management to establish consistent definitions for misconduct, as well as criteria for managing cases and a system to protect whistleblowers.

The responsible ministries must assess the feasibility of making serious wrongdoing a criminal offence, for which perpetrators could go to jail. Current disciplinary measures for scientific misconduct include banning scientists from applying for grants, restricting hiring and promotion, and firing.

The MOST is required to establish a blacklist of academic journals, including those that publish low-quality articles for a fee. Publications in these journals will not be counted in grant applications, scientific assessments, and research project assessments. However, journals can be removed from the blacklist if they can demonstrate improved practices.

In recent years, Chinese science has witnessed a series of high-profile cases of misconduct, which have resulted in several rounds of journal paper retractions. In April 2017, the journal Tumor Biology retracted a record number of 107 papers authored over four years primarily by Chinese scientists, citing concerns that the peer review process had been compromised.

While several government bodies, including the MOST, National Natural Science Foundation of China (NSFC), and the Ministry of Education, as well as research institutions such as the Chinese Academy of Sciences (CAS), have issued regulations or measures to address scientific misconduct, sanctions against practices such as plagiarism, falsification, ghost-writing, and manipulation of peer review, have been either absent or not enforced. According to Fang, few researchers accused of misconduct have been rigorously investigated or punished.

“That it came from above ministry level also shows how committed China is to improving things,” says Paul Taylor, director for research integrity at Melbourne-based RMIT University and co-chair of the 6th World Conference on Research Integrity to be held in Hong Kong in June 2019.