The buzz created by a 2017 national science review has faded, prompting calls for a renewed focus on innovation. 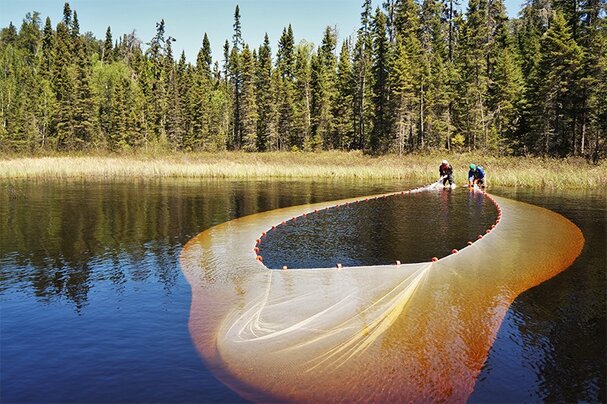 With Canada’s relatively small population of 38 million people spread across a vast land area of some 9.88 million square kilometres, the nation’s researchers have access to expansive natural resources.

Varied landscapes, such as the Canadian Rockies in the west, the Arctic region in the north, and prairies that run through the provinces of Alberta, Saskatchewan and Manitoba in the country’s central-western region, are a major source of discovery and experimentation.

The Western Hudson Bay in northeastern Canada, for example, hosts one of the most-studied polar bear populations in the world and the Experimental Lakes Area in northern Ontario offers a natural laboratory setting for investigating threats to freshwater ecosystems, such as oil pipeline spills, algal blooms and agricultural runoff.

In addition to Canada’s strong performance in the Earth and environmental sciences, its strength in fields such as clinical medicine, genomics and computer science underpins the country’s status as a global competitor in high-quality research.

Canada produces about 3.8% of the world’s research publications, which attract a higher-than-average number of citations, according to a 2018 review of R&D by the Council of Canadian Academies (CCA). In the Nature Index, which tracks output in 82 selected natural-sciences journals, Canada was ranked seventh in 2020, ahead of South Korea at eighth, and behind France at sixth.

The country lags behind in core areas of the natural sciences and engineering, however, including chemistry, physics and mathematics, the CCA report found. It’s also losing ground in artificial intelligence (AI) and regenerative medicine, areas where it held an early lead.

This languishing is due to a lack of funding for R&D, relative to other nations, says Mehrdad Hariri, president of the Canadian Science Policy Centre, a non-partisan think tank in Toronto. The country’s gross expenditure on R&D, or GERD, as a percentage of GDP dropped from a peak of just over 2% in 2001 to 1.6% in 2019.

The Organisation for Economic Co-operation and Development (OECD) average, by comparison, rose to almost 2.5% over the same period. “We have to find a way to overcome that gap to become more competitive in global R&D,” says Hariri.

Chronically low R&D spending by businesses accounts for much of the widening gap. Although money for research in universities has been boosted in recent years, industrial research intensity fell from 0.78% of GDP in 2014 to 0.63% in 2019, half of the OECD average.

“We still suck on the innovation front,” says Paul Dufour, adjunct professor at the University of Ottawa’s Institute for Science, Society and Policy in Ottawa. “Industry hasn’t stepped up.”

This is largely due to the structure of the Canadian economy, says Hariri, where extracting and exporting natural resources, rather than innovation, are the main source of wealth.

“By default, the business sector has become lazy,” he says. Several attempts by successive governments to develop a clear innovation strategy have done little to fortify science in Canada, says Dufour. “There’s no framework, no strategy,” he says. “We just put money into different pots and see what happens. That’s been the problem for 40 years.”

When Justin Trudeau’s Liberal Party came to power in 2015, after a decade of frosty relations between the scientific community and the previous Conservative government, there was hope that this might change, says Rachael Maxwell, executive director of the non-partisan science campaign group Evidence for Democracy, in Ottawa. “The Liberals actually campaigned on science, which is rare to see, and they did follow through on several matters,” she says.

In 2017, molecular biologist Mona Nemer was appointed to the reinstated role of chief science adviser, and set up a strong network of science advisers in science-focused government departments. Nemer also created a model scientific integrity policy to protect government scientists’ right to speak about their work, after many complained of being muzzled by the previous government.

Perhaps most importantly, the government commissioned a review of how science is funded and organized in Canada. Published in 2017, the Fundamental Science Review called for significant new investments in basic research, and a more strategic way of coordinating government support for science.

Calls by the scientific community for the report’s recommendations to be adopted were met in the 2018 federal budget, with almost Can$4 billion (US$3.17 billion) in new money for fundamental science over five years.

The Canada Research Coordinating Committee (CRCC) was launched to harmonize the work of Canada’s three main funding agencies and to administer the New Frontiers in Research Fund for high-risk, interdisciplinary research. The fund has supported projects such as an AI approach to predicting teen suicide attempts and the development of next-generation aluminium batteries. Along with the other funding agencies, the CRCC has also contributed research funds to Canada’s COVID-19 response.

There have also been important wins for Canadian science in the area of equity, diversity and inclusion, says Maxwell.

The Dimensions Charter, a programme designed to address systemic barriers within the research community, has been endorsed by all of the country’s major universities since its launch in 2019, and the Canada Research Chairs programme, which helps universities to attract and retain researchers with funding for salaries and research, has strengthened its targets and supports for underrepresented groups.

Funding agencies have also implemented an action plan to support and improve collaboration with Indigenous communities. In 2021, the House of Commons of Canada unanimously agreed to set up a new permanent committee on science to give MPs more opportunities to engage with science and research.

But the sense that the government was using the 2017 science review as a roadmap for policy has faded. Even before the disruption of the COVID-19 pandemic, support for basic science seemed to have slipped off the radar, says Maxwell.

“The community hasn’t moved on from the Fundamental Science Review,” she says. “There are no signals from government about how important they think the outstanding recommendations are.”

Although the pandemic brought big investments in research (more than Can$250 million since March 2020) it’s not clear whether that level of investment will be sustained. Whereas countries such as the United States and the United Kingdom have made significant commitments to increase long-term funding for science, Canada has not, says Maxwell.

“Other countries are making bold investments because they understand how critical it is to tackle challenges like antimicrobial resistance, climate change and future pandemics,” she says.

The pandemic has, however, bolstered the scientific community’s argument for more funding. Not only did Canadian researchers deliver on solutions in a short timeframe, such as a digital health initiative at the University of Manitoba in Winnipeg to help Indigenous communities collect COVID-19-related health information, but many seemingly esoteric areas of research done in Canada became pivotal in global efforts to stem the spread of the coronavirus.

Some early work on lipid nanoparticles by Pieter Cullis at the University of British Columbia in Vancouver in the late 1970s, for example, turned out to be crucial for the development of mRNA vaccines.

“[The pandemic] provided a model of a mission-driven approach to science that could be useful on a variety of policy challenges,” says Maxwell. “This could help give direction and structure to science in Canada.”