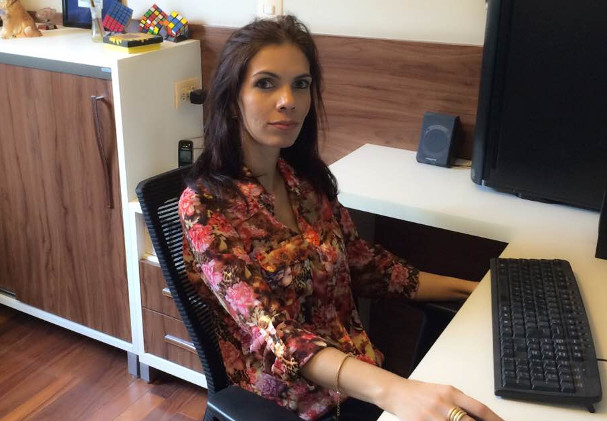 The economic crisis in Brazil has hit science hard. Now without a research salary, Keity Santos has been forced to sell cosmetics to make ends meet.

Deep recession and a political crisis are hobbling the country and its recent research success, but one region hangs on.

A few years ago, immunologist Keity Santos felt like the world was her oyster. One day in November 2012, she learned that she had won a prestigious award for young investigators from the state of São Paulo's research funding agency — which would allow her to set up her own lab — and that she was pregnant.

November 2015 felt very different. By then, the three-year fellowship that paid her salary at the University of São Paulo had finished, and, with the university prohibiting new contracts, Santos has been forced to sell cosmetics to make ends meet. While her São Paulo Research Foundation (FAPESP) grant means her lab can remain open, she works unpaid. “I have to carry on because I don’t want to lose [my students],” she says.

Brazil is in the midst of its deepest recession for a century, and the research sector is suffering. Adding to the economic difficulties, a widespread corruption scandal that started in 2014 has embroiled many large companies and politicians. Both of these factors have contributed to a political crisis that has seen president Dilma Rousseff suspended from office pending an impeachment hearing. Michel Temer, her former deputy, has — since he took power on 12 May — demoted the science ministry by merging it with another ministry that handles telecommunications and internet regulation.

Before the merger, the Ministry for Science, Technology and Innovation’s budget was cut by about 1.9 billion reais (US$540 million), to 5.4 billion reais last year. Its budget for this year was set 37% lower than 2015. The second phase of the country’s exchange programme, Science Without Borders, which aimed to send 100,000 Brazilian undergradu¬ate and postgraduate students to international institutions by 2018, has been cancelled. The first phase saw almost 94,000 travelling abroad.

The impact of these changes is already evident in Brazil’s research performance. The most recent Nature Index data shows that the county’s upward publication trend from 2012 to 2014 has levelled off. Specifically, the weighted contribution of Brazilian researchers to papers published in 68 top natural sciences journals fell slightly between 2014 and 2015, due to a reduced contribution to earth and environmental science journals.

Luiz Davidovich, president of the Rio de Janeiro-based Brazilian Academy of Sciences, believes one cause is a lack of funding of organizations called ‘national institutes’ that foster collaboration between different groups across the vast country. “I think the fact that these institutes have not been financed as they were before in the last say, two, maybe three years, explains part of it.” With an overall decay in science funding, Davidovich also believes Brazil has become less attractive to ambitious young scientists from abroad.

Yet working in the state of São Paulo, Santos is relatively lucky. The two institutions that have contributed most to the country’s 2016 Nature Index score are from that state: the University of São Paulo and São Paulo State University. The state’s third big university, the State University of Campinas, is ranked fifth nationally in the index. These three institutions have secure funding compared to universities elsewhere in Brazil, says Carlos Henrique de Brito Cruz, FAPESP’s scientific director, because they receive a fixed percentage of state tax revenues, leaving them with a sizeable endowment to use in tough times.

While Brazil's contribution to the index appears to have slowed, the total number of papers its scientists have co-authored in the index has continued to increase since 2012.

And although the Brazilian economy contracted 3.8% in 2015, FAPESP’s expenditures rose to its highest ever level, 1.2 billion reais (US $330 million). This year, the foundation may have to cut its budget by about 10%, but “it’s a manageable figure,” says Brito. The cuts will mean reducing the number of grants for the next few years, but in areas where researchers may be able to find alternative funding.

The foundation’s Young Investigator Awards, of the type that Santos received, will be protected. Although Santos is grateful that her FAPESP grant still has a couple of years to run, she is worried about her professional future in Brazil. She’s even considering a move to the United States. “I really don’t want to, but if I have no other option…” she says. “I’m trying to get through this period, waiting.”