By redirecting funding to small teams, the country is betting on the creativity of its scientists. 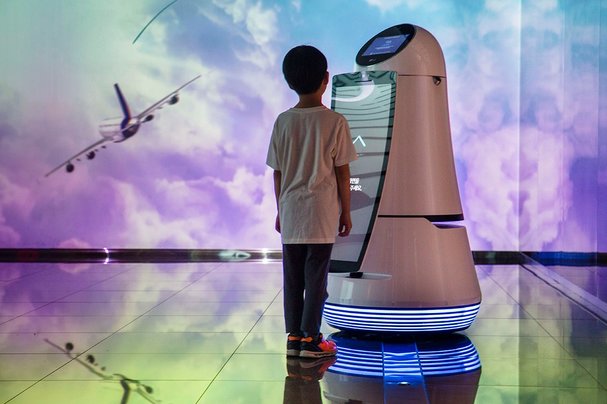 New priorities, however, have taken root. For the past decade, the necessity to invest in basic research has been a common refrain from South Korean researchers and politicians alike. To maintain economic growth, the nation has sought to become a ‘first mover’, instead of simply a ‘fast follower’ — rhetoric embraced by the current liberal president, Moon Jae-in, and his predecessor, the conservative Park Geun-hye.

The drive to compete more effectively in strategic fields continues, but South Korea has begun emphasizing bottom-up funding for small teams of researchers, betting that strength will flow from the creativity of its scientists.

On paper, the rhetoric is backed by funding. Under President Moon, who was first elected in 2017, the basic-research budget for South Korea’s main funding agency, the National Research Foundation (NRF), has skyrocketed under a five-year plan to double it by 2022 to 2.5 trillion won (US$2 billion).

The nation’s budget for 2020 allows for a remarkable 18% increase from the previous year in government spending on research and development (R&D), to 24.2 trillion won.

In the private sector, which makes up roughly three-quarters of R&D spending, basic-research spending is also surging, including outlays by major conglomerates such as Samsung and LG Electronics.

“Industry is asking universities to produce more and more PhDs,” says Han Woong Yeom, a physicist at Pohang University of Science and Technology and vice-chair of Moon’s presidential advisory council on science and technology. “The situation cannot be better than this, in terms of investment.”

Spending surged over the past two decades on large national projects, such as a lunar orbiter scheduled for launch in 2022, a nanomaterials research effort dubbed the ‘Creative Materials Discovery Program’, and Korea’s branch of the International Thermonuclear Experimental Reactor, the main experiment of which is under construction in southern France.

“Previously, more emphasis was on the mission-oriented research towards immediate economic output,” says microbiologist, Jung-Hye Roe, whom Moon tapped to lead the NRF in 2018.

Recent highlights from these grants include: a gallium arsenide nanoresonator that can trap light and change its colour, work published in Science in January and co-led by Hong-Gyu Park of Korea University in Seoul; atmospheric observations from Gosan-ri on Jeju Island as part of an international study, co-led by Sunyoung Park of Kyungpook National University in Daegu and published in Nature in 2019, that identified eastern China as a major source of the emission of chlorofluorocarbons, chemicals that destroy the ozone layer that are banned under the Montreal Protocol; and the finding that the development of osteoarthritis is related to how the body processes cholesterol, in a 2019 Nature study, led by Je-Hwang Ryu of Chonnam National University in Gwangju and Jang-Soo Chun of the Gwangju Institute of Science and Technology.

The top-down division can claim successes too, including playing a key role in the nation’s ability to quickly develop and produce diagnostic kits for COVID-19, says Roe.

The first four companies to win urgent-use approval for their tests had all received NRF funding to research the production of such kits after the 2015 Middle East Respiratory Syndrome (MERS) outbreak in South Korea infected 186 people and killed 36.

And in February, the Korea Aerospace Research Institute, responsible for the nation’s space programme, launched the Cheollian 2B satellite; its main instrument, the Geostationary Environment Monitoring Spectrometer (GEMS) is designed to monitor air pollution in the Asia-Pacific region, making it the first of a new generation of satellites intended to study global air quality.

An emphasis on government-mandated metrics in hiring and promotion, which critics say incentivizes researchers to present work of little value in low-quality journals or conferences, remains to be addressed. Last May, the nation’s education ministry reported that 574 researchers had participated in international conferences organized by ‘predatory publishers’.

“That happens because, so far, we have emphasized getting large numbers of quantitative, shallow publications,” says Roe.

The outlook is uncertain. Not only does the expected heavy economic burden of recovering from the COVID-19 pandemic threaten to curb the growth in R&D budgets, but South Korea’s traditional industries — including chip-making, ship-making and nuclear power — face increased competition from China.

Political tensions with Japan that flared in July 2019, fuelled by that nation’s legacy of colonial rule, threatened to cut off supplies of key materials for semiconductor production, exposing how heavily the nation’s technology industry relies on Japanese manufacturers.

There is talk in policy circles of a science and technology new deal — a boost in funding and programmes to combat the effects of a less globalized world in which South Korea’s access to scientific supplies and talent is reduced, says So Young Kim, director of the Korea Policy Center for the Fourth Industrial Revolution, a think tank affiliated with KAIST in Daejeon.

Yeom says researchers stand to benefit from a public appetite for societal change, which also translates into support for increased science funding. Yeom and other policymakers are pushing for greater investment in research topics that meet the practical needs of South Korean society, such as air pollution, and an ageing population.

In response, the Moon administration has begun an initiative to trace and reduce fine particulate matter across northeast Asia, and another to fight dementia.

Some suspect it will be initiatives such as these that do most to move South Korea away from the label ‘fast follower’.

“The definition of top-level research doesn’t need to be the highest impact factor or highest citation count,” says Roe. Pursuing research directions that benefit South Korean society is “making our own path, a new path, rather than following others”.