Super-black feathers at the interface of biology, photonics and materials science. 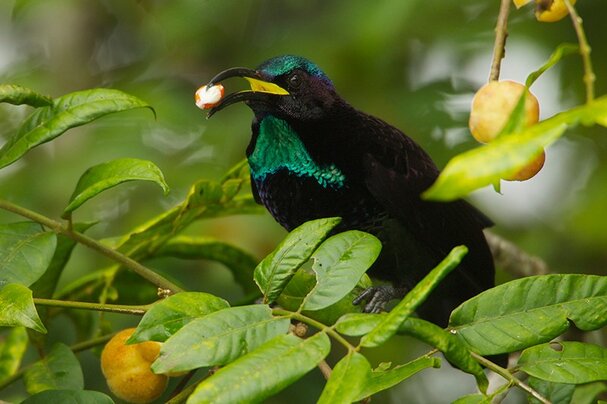 Cody McCoy was an undergraduate at Yale University, Connecticut, discussing potential projects with the lecturer in her ornithology class, Rick Prum, when the pair walked to the Peabody Museum of Natural History and looked at the bird of paradise specimens.

The males of some of these birds have extremely dark velvety feathers against intensely coloured bright plumage. “They looked so black, you felt like you were looking at a shadow,” McCoy says.

McCoy was hooked. Her Harvard PhD research on the darkness of those ‘super-black’ feathers, published in a 2018 Nature Communications paper, revealed the mechanism that places bird of paradise super-black feathers among the blackest of known materials: they absorb light through a unique microstructure of tiny ‘barbules’, that branch off the main barbs from the feathers’ central shaft.

The paper has found its niche in the interface between biology, photonics and materials science. Scientists are interested in black colouration because of the range of potential uses for super-black materials.

In space, super-black coatings can be used to give clearer vision through telescopes by stopping errant light from entering the aperture. Super-black materials could also be used to make solar panels concentrate power more efficiently.

The team, including McCoy, Prum and evolutionary biologists Todd Harvey of Yale and Teresa Feo from the Smithsonian National Museum of Natural History in Washington DC, measured the plumage darkness of five bird of paradise specimens using spectral reflectance spectroscopy, which tracks the amount of light reflected across different wavelengths.

Next they used scanning electron microscopy (SEM) to delve deeper. To prepare the sample, the feathers, including the darkest ones, were coated in a thin layer of gold. “When we coated them in gold, they still looked black, which is strong, direct evidence that this is not just a pigmentary colour,” McCoy says. 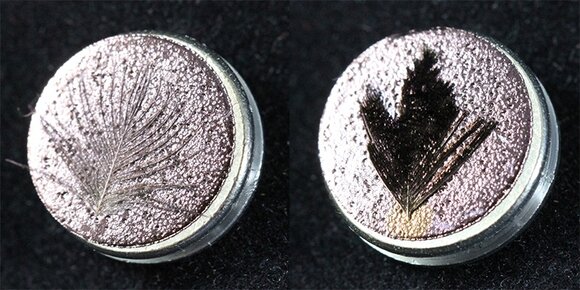 The SEM images revealed stark differences between the coloured and super-black bird of paradise feathers. Rather than flat, smooth barbules, the super-black feathers had small, deeply curved spiky barbules, like curled oak leaves. These structures trap the light, making the feathers appear extremely dark and matt.

The researchers calculated that the feathers absorb up to 99.95% of all the light that hits them, approaching the darkness of synthetic super-black materials. For example, Vantablack, a material developed using a conglomeration of vertically aligned nanotube arrays, absorbs up to 99.965% of visible light.

The striking feature of the barbule structures, though, is that they are on the micrometre rather than the nanometre scale, comparable to human hair.

“This shows that you can use micro- rather than nanoscale structures to very efficiently focus scattered light and iteratively absorb it,” McCoy says. The wings of butterflies and other insects, by contrast, rely on nanoscale structural features that make them appear black.

The curved, 3D projecting, elaborate barbules in the super-black birds of paradise feathers are completely different from typical barbules and feathers. Their extra-matt quality helps attract a mate.

By absorbing most light and having no gloss, the feathers trick the eye into thinking that the colourful feathers are brighter than they are.

McCoy speculates that her paper engaged materials scientists as well as evolutionary biologists, because it’s cheaper and easier to produce features on the microscale than on the nanoscale, where scientists working on manipulating the effects of light usually focus.