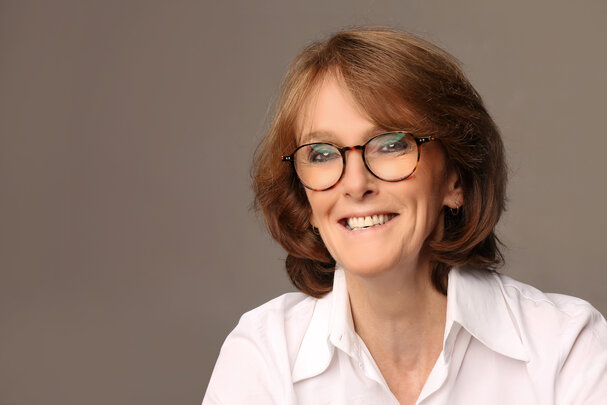 Australia lags behind comparable research-intensive countries in Europe in the development of open-access policies, according to a recent analysis. But the country’s chief scientist Cathy Foley, in the role since January 2021, has identified open access as one of her priorities.

Foley sketches a proposal for a central government body to negotiate a national agreement with each publisher on behalf of all institutions. The national body would be responsible for administering a central pool of funds for subscriptions and open access fees.

It will be a win-win for universities, researchers, librarians, publishers and the public, Foley says.

Is it correct that you aren’t concerned about the lack of funder and institutional OA policies in Australia because you’re creating a plan to overhaul this system?

That’s exactly right. I’m quite excited that there’s a recognition in Australia that COVID has been a major disruptor, and it’s opened up our eyes to a lot of different ways of doing things.

The decision by all publishers to make research literature relating to COVID open has resulted in a greater rate of improvement and development of a whole range of things including vaccines.

But there are also other major global issues such as climate change, energy provision, and food security that we need to deal with. What would be the impact of everyone being able to read the literature, for being able to solve those major problems?

In Australia, the only research funders that have open access mandates are the Australian Research Council and the National Health and Medical Research Council, which collectively provide less than 15% of the R&D funding in Australia. Is that something you’re looking to address?

All countries have different ways of funding research so it’s very hard to compare country to country. I prefer to look to the future and say that we, as a nation, have realized the opportunity and importance of open access.

That’s why I’ve been asked to make it a focus. It does require us to bring together a whole range of approaches to research funding.

I’m taking a much more holistic approach. Instead of looking from institution to institution, I think it’s really important to recognize that we want to have open access not just for researchers and academics, but also for the policymakers, government, industry and for the general public.

We’ve been looking at a very different approach, to have a single approach for the country, where we have the ability to bring together the funds being used to pay publishers, both for subscriptions as well as open access fees, and being able to have that from a central agency negotiating on behalf of a country.

So, the Australian government is going to negotiate entirely on behalf of all the country’s institutions and universities?

We did this with our medicines and therapeutics. There, the country actually negotiated with each of the pharmaceutical companies for every single drug that is created and we have an arrangement for each one of them.

That’s been very successful, and means that we’ve been providing wonderful tools and medical treatment in Australia at a price that is affordable.

Unlike most businesses, publishers get a lot of in-kind support, so the peer review process is done by people that are unpaid. That’s an extraordinary investment. And then also the content is supported by the public purse mostly.

When we start putting all these things together, suddenly, that’s a very different landscape. As a society, there’s a real appetite to think about this differently. We’re in a position where the size of our country and the way it is organized will allow us to have a very different approach. The ambition, the enthusiasm and the desire to achieve this is quite incredible.

You mentioned everything published out of Australia being open access. Are you talking about gold OA, where research is published and is available straight away, or are you considering green open access (or other forms of OA)?

It’s very early days. We’re doing a prospective analysis to understand what the issues are and roadblocks are. Everyone agrees that we need to have research literature available more freely and not behind paywalls.

I also agree that publishing houses have a very important role to play, both in editing and peer review, in dealing with metadata, and being able to make research discoverable.

People who are accessing research literature through green open access are sometimes not sure what version they’ve got because it’s often not marked.

Finding older versions of papers means that you may miss corrigenda, corrections and comments when you’re bringing it together to understand how a piece of research fits in, and also what the consequences are.

I know not every paper has a whole lot of stuff that goes behind it, but the important ones do.

What else are you investigating in your prospective study?

We have put a hypothesis out there as well as a white paper describing this model. Then we’ve been going through looking at what would stop this from being successful and we’ve identified a set of principles which we want to approach this with.

We’ve been interviewing a lot of different stakeholders including publishers, business, government, academics, researchers, both nationally and internationally. The thing that will be really interesting to know is how much money is in the system.

I also have concerns about the way we use research metrics in order to decide whether someone’s research is good quality or not. We’re seeing that there are riches to be had if you are able to manipulate the system.

For research to be successful trust is absolutely critical, and if we lose the trust from the general public because of silly, false ways of trying to decide what’s good and what’s not, then we’re doing ourselves a disservice.