Lack of independent oversight in examining alleged breaches leaves academics at the whim of institutions. 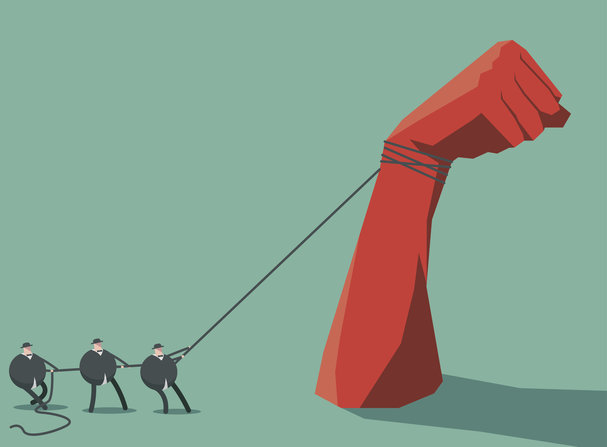 Australian academics say the country’s new research code of conduct is open to abuse by institutions, which are expected to investigate themselves. The code removes the requirement for an independent inquiry into serious cases of misconduct.

Academics are concerned that without an independent body holding institutions accountable, researchers will be denied a fair investigation and public confidence in research could suffer. “Self-regulation just doesn’t work; conflicts of interests are bound to occur,” says cell biologist, David Vaux, deputy director of science integrity and ethics at the Walter and Eliza Hall Institute of Medical Research.

The NHMRC and ARC announced the code on 14 June. Failure to comply with it could result in suspension of funding from the councils.

Institutions, regardless of their size, will potentially have to bear significant costs in establishing research integrity offices, says Vaux. A more economical approach, he says, would be to establish a national office that can pool resources.

Several countries, including the United States, Canada and the United Kingdom, have set up independent offices to that receive complaints or provide guidance and, in some cases, conduct investigations into scientific misconduct. China also recently announced that it will no longer rely on institutions to investigate and rule on cases of scientific misconduct, assigning that responsibility to the Ministry of Science and Technology. “We are going in the opposite direction to China,” says Vaux.

An NHMRC spokesperson says the council is working with the sector “to determine whether an independent office of research integrity is required in Australia.” Administering Institutions, they say, are bound by the funding agreement to conduct investigations into potential breaches or research misconduct.

Nicholas Steneck, a bioethicist at the University of Michigan and a consultant to the US Office of Research Integrity, says at a minimum, the code should require universities to report when an investigation into a serious breach is opened.

A 2016 policy, which is currently being revised, requires institutions to notify the NHMRC of serious breaches or findings of misconduct involving the use of council funds within 10 days of completing a preliminary investigation. For allegations of fraud, they must notify the council as soon as possible.

The Australian Code for the Responsible Conduct of Research 2018 also dissociates itself from use of the term misconduct, instead categorizing contraventions on a spectrum from minor to serious. The seriousness of a breach is determined by several factors, including the degree of departure from accepted practice, the level of experience of the researcher, and whether there have been repeated breaches.

Australia's approach follows the Canadian model, and expands the scope for response to any practice that violates the principles of good research. The principles cover ethics, conflicts of interest, authorship and acknowledgement, and respect for the rights and customs of Aboriginal and Torres Strait Island peoples.

“Most countries simply define what they mean by misbehaviour, label it ‘misconduct’, and then investigate cases that fall under the definition,” says Steneck. The US, he says, has the most limited definition, restricting it to cases of falsification, fabrication and plagiarism.

Researchers have not been comfortable with the ‘breaches’ approach chosen by Australia because it potentially opens the door to investigating any breach, he says.

Susan Zimmerman, executive director of Canada’s Secretariat on Responsible Conduct of Research, says the Canadian model is “a much more positive approach,” compared to approaches like those in the US. “As public funders, we need to be concerned about the broader picture of the climate and culture in which research is being produced and the reliability of the research,” she says.

Of the 83 confirmed breaches reviewed by the Canadian secretariat between December 2011 and March 2017, the majority (23%) were related to plagiarism, 8% involved falsification and 3% fabrication. Other breaches included mismanagement of funds (15%), misrepresentation in applications (13%), lack of rigour (9%), redundant publication or self-plagiarism (8%), conflicts of interest (5%) and inadequate acknowledgement (3%).

An earlier version of the Australian code did not include any reference to misconduct, mirroring Canada’s Tri-Agency Framework: Responsible Conduct of Research. But a recommended definition was introduced following criticism from the scientific community.

The final code describes research misconduct as serious breaches carried out with intent, recklessness or negligence.

Not everyone agrees with the inclusion of a definition. Daniel Barr, principal research integrity advisor at RMIT University, says it is “distracting”, drawing too much attention to the state of mind of the researchers involved, away from assessing the trustworthiness of the research in question.

“Whatever approach is taken, it has to be enforced and effective,” says Steneck. “The major problem that exists today is accountability, not definitions.”

Correction 21 June 2018: An earlier version of this article implied that the UK Research Integrity Office receives complaints. In fact, it primarily provides advice and support. The Canadian secretariat receives complaints specifically about how institutions have conducted themselves.