Large pharmaceutical companies dominate the list of leading corporate institutions in the index. 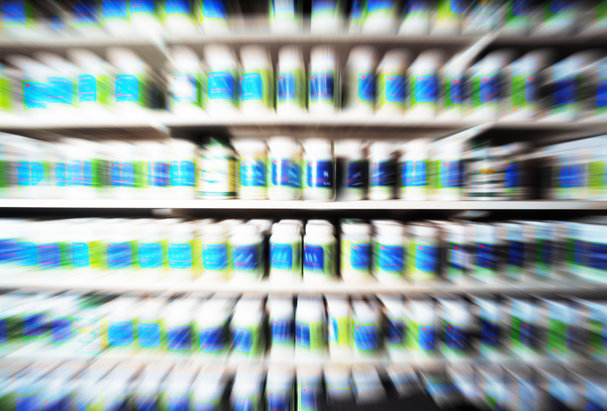 The healthcare sector is the best performing industry in the Nature Index annual tables 2017. All but three of the top 10 corporate institutions in 2017 are multinational pharmaceutical companies, with the Swiss giant, F. Hoffmann-La Roche, leading the pack for the second year running. Another five big pharma companies are close behind, in ranks ranging from 11 to 23.

Other strong sectors include information services and technology, with IBM in 2nd place, the Samsung Group at 9th and Microsoft at 13th, as well as chemicals manufacturers, including DowDuPont at 12th and BASF SE at 20th. Also entering the top ten corporate tables in 2017 is GNS Science, a New Zealand government-owned company specializing in Earth sciences.

One reason for the healthcare sector’s strong showing relative to other sectors may be the motivation of self promotion. Publishing in scientific journals is a form of marketing for pharmaceutical companies, says Ismael Ràfols, a science and technology policy analyst at Ingenio (CSIC-UPV), Polytechnic University of Valencia, Spain. The goal for some of these studies, besides getting evidence, is to show potential prescribers that the product is available and has desirable effects, he says.

Daniele Rotolo, a science, technology and innovation policy researcher at the University of Sussex adds that by publishing in top-tier journals, pharmaceutical companies are showing their investors that they produce high-quality research. “Having a paper published in Nature, for example, is proof that the academic community is legitimizing what they are doing.”

Publishing papers is also a way of attracting talent, says Rotolo. Surveys suggest that private-sector scientists are willing to accept a reduction in their salaries for the freedom to publish, he says.

So what new products are the top corporate institutes brandishing? Pharmaceutical companies are increasingly investing in cancer research, says Ràfols, a shift that is apparent in bibliometric studies.

In a 2018 paper published in Nature, researchers at Genentech, a subsidiary of Roche, reported improved efficacy of atezolizumab, their immunotherapy drug, for treating bladder cancer in mouse models, when combined with a drug that blocks critical growth factors found in tumours.

A Novartis International researcher co-authored a paper in Cell in 2017, which identifies an enzyme involved in cell division and survival as a potential target for breast cancer therapies.

And in 2017, Merck & Co. scientists contributed to a Science paper, reporting the results of a three-year clinical trial for the immunotherapy drug, pembrolizumab, which in May 2017 became the first drug to be approved by the United States Federal Drug Administration for treating cancer on the basis of its genetic profile rather than where in the body the cancer originated.

The European Commission’s 2017 Industrial R&D Investment Scoreboard also recognizes the strong scientific performance of the pharmaceutical and biotechnology sectors. An analysis of the 2011-2015 publication records of the world’s top 2,500 corporate investors in research and development in the Web of Science database found that the sector published the most papers (115,000), with the most publications per firm (more than 420), and the most articles in the top 10% of highly cited papers (17.5%).

Other research-intensive sectors included oil and gas producers, with some 380 papers per firm, and fixed-line (as opposed to mobile wireless) telecommunications with 310 papers per firm. Some 14% of papers co-authored by the healthcare equipment and services industry were among the top 10% of highly cited papers.

Without the same pressure to publish faced by academics, industry representatives can be more selective about topics for collaboration and with whom they collaborate, choosing to work with only the top scientists, says Rotolo, who contributed to the analysis of publication activity of Scoreboard companies.