An unpalatable message about the climate’s point of no return

A dire warning from climate scientists was the second most discussed paper in the past year. 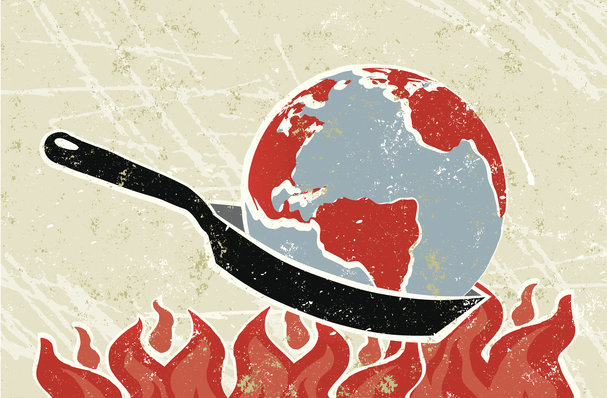 Breaking important news about the Earth’s future doesn’t always win many congratulations, but someone has to do it. “My colleagues and I are often accused of being ‘doom and gloom’ merchants,” says Will Steffen, a climate scientist at the Australian National University.

In August 2018, Steffen and his team published a paper with an urgent message: if we don’t change our ways soon, within decades the planet could be an irreversible “Hothouse Earth”, in which average temperatures could reach up to five degrees Celsius above preindustrial levels. The fiery scenario is a possibility even if countries stick to their Paris Agreement emissions targets.

The paper turned out to be the second most talked-about article among the 82 high-quality research journals in the Nature Index in 2018. The article reached an Altmetric Attention Score of 6,066 as of 3 January 2019 — a measure that tracks online discussion around a research paper — and grabbed fourth place in the 2018 Altmetric Top 100 list.

By collating evidence in the literature, Steffen and his colleagues pinpointed 10 natural feedback processes, including permafrost thaw and Amazon rainforest dieback, that could become the dominant drivers of change if human greenhouse gas emissions continue at current levels.

The authors identified a critical threshold, as low as two degrees Celsius above preindustrial temperatures, beyond which these interconnected processes could pump more carbon into the atmosphere than could be stored. The resulting hotter conditions, could turn rainforests into savannahs and melt polar ice sheets, leading to sea levels rising by up to 60 metres.

A really really important paper. Prepare the ice machine! Trajectories of the Earth System in the Anthropocene https://t.co/YyTlHLabZx

Johan is one of the worlds most distinguished planetary scientists. We ignore him at our peril. Time for our world leaders to get serious about replacing income tax with carbon tax. No time to lose. https://t.co/TpJzzvfF9q

This is terrifying! Our home (yeah yours too) heads towards becoming an uncontrollable #hothouse if we don't #actnow
You know that saying 'Life is too short'? Make it longer!#climatechange affects ecosystems, societies & economieshttps://t.co/SSwBhe3UZS …

The dire findings were picked up by more than 300 news outlets, from New York Magazine to Rolling Stone.

In an opinion piece for The Guardian, Lucy Siegle noted the apocalyptic tone of the findings. “Not only is this complex science, but it’s scary as hell. And it goes against received wisdom about climate change communication. Apparently, we can handle a frightening degree of complexity. So why not go the whole hog?”

The paper was tweeted more than 5,000 times, with #HotHouseEarth and #ClimateChange quickly becoming a trend. It also made its way onto 32 Facebook pages and 43 blogs.

Steffen says that it is important for researchers to talk to the media about the implications of their papers to help ensure the findings are presented accurately. “It takes time and effort, but it’s definitely worth doing,” says Steffen. “Science plays an increasing role in many aspects of our lives, so we have an obligation to ensure our work is accessible to a wide audience.”