The free, online outlet is one of a growing number where academics on the continent can share their work 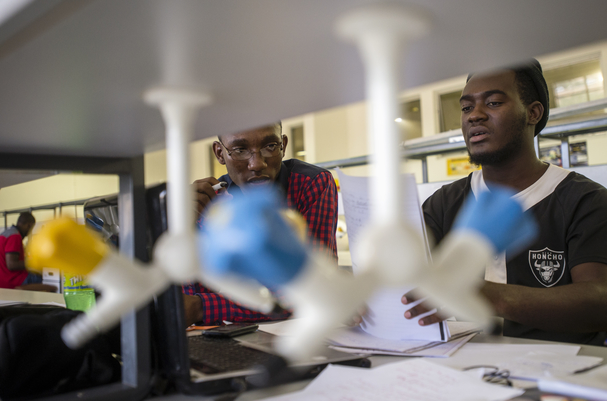 Physicists at the University of Namibia, Windhoek, Namibia

A group of open science advocates have launched the first preprint repository aimed exclusively at African scientists. AfricArxiv seeks to improve the visibility of African science by helping academics share their work quickly, say co-founders Justin Ahinon, a web developer and student in applied statistics at the National School of Statistics, Planning and Demography in Parakou, Benin, West Africa, and Jo Havemann, a trainer at the science communication consultancy, Access 2 Perspectives, based in Berlin, Germany.

They hope the preprint server will increase collaboration among researchers, and make knowledge more accessible to policymakers, entrepreneurs, medical staff, farmers, journalists, among other stakeholders.

Another concern is one of recognition. “People are still stuck in the world of impact,” says Nelson Torto, analytical chemist and executive director of the AAS. “It will take a while for people to shift from so-called high-impact journals to a platform where they are able to share with their colleagues as quickly as possible.” In the case of preprints, however, the two need not be mutually exclusive.

For many researchers in the region, the more outlets the better. But some worry that scientists might confuse preprints with peer-reviewed journals. “There are always merits of sharing information,” says Torto. “But people need to know in what form that information is in, and what they can use it for.”

Correction 26 June 2018: Nelson Torto is not currently affiliated with the University of Botswana.