How early career researchers with multiple supervisors can take control of their work. 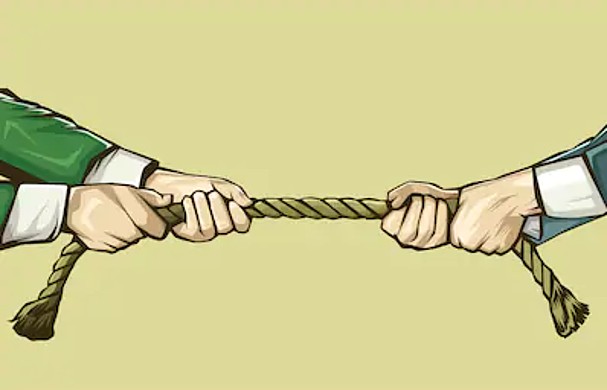 Power dynamics, competing priorities, and personality differences are just a few of the reasons why disputes occur between researchers who are collaborating on papers.

For young and early career researchers, this experience can be particularly difficult. They might not have the confidence or support to ensure that their voice is heard when dealing with overbearing supervisors or conflicting requests.

Such problems are very common, says Inger Mewburn, director of research training at the Australian National University in Canberra, who helps junior researchers deal with conflicts.

Gary McDowell, an early career researcher consultant in Chicago, says he also comes across similar issues. “There’s a widespread discussion of this phenomenon of being coerced into putting your name on something or overemphasizing results that you’re not totally happy with.”

To deal with paper disputes, Mewburn says it’s important to first understand the nature of the conflict. In her experience, authorship issues aside, paper disputes tend to fall into three main categories.

They are outlined here with advice on how to deal with them.

Some problems arise because supervisors have different disciplines, interests, or approaches to a topic. This problem can be straightforward to fix, says Mewburn.

“If you’re the student or postdoc, you have to get the people who are disagreeing to talk about why they disagree, and sometimes it can be just a matter of finding a different publication outlet and doing two different versions of the same paper.”

As a social scientist, Mewburn works with researchers who study machine learning and finds that writing two papers for different audiences usually works.

Of course, this involves extra work. And it would only be viable if the data lend themselves to two substantive papers – you can’t just publish the same results twice.

McDowell recalls how his ideas differed from those of his PhD supervisor, but he worked around it by conceding her wishes while persisting with his.

“As long as I was doing the things that she was interested in as well, I found a happy medium between doing what I wanted and what she wanted,” he says.

2. Get senior authors to resolve their own conflict

Often, Mewburn has found that senior researchers carry out a proxy war with each other through the junior researcher, by giving conflicting advice.

This can be intimidating for the student and postdoc, due to the power dynamics at play. It can also be confusing, as they try to please both senior researchers and end up pleasing no-one.

Mewburn suggests getting them in a room and making it their problem. “This could be simply solved by organizing a team meeting with a clear agenda.”

She also stresses the importance of taking clear notes and distributing them after the meeting to hold attendees accountable to what has been agreed on.

When the student or postdoc’s results challenge the worldview or previous work of the senior researcher, this can sometimes cause conflicts. The junior researcher might be pressured to back down or modify their findings.

Often the senior researcher will assume the junior researcher has done something wrong. McDowell says it can be an opportunity to take a step back, check your data and make sure you haven’t gone down a rabbit hole. But that might not always resolve it.

“I can’t count the number of times I’ve had students complain to me that they did everything the supervisor suggested with the experiment and couldn’t get the results the supervisor’s looking for,” says Mewburn.

McDowell suggests confiding in a trusted third person to explore options and try to avoid escalating the situation.

“Sometimes when there’s a primary supervisor who’s being really recalcitrant and refusing to accept reality, bringing another senior person or colleague into the loop can shame the supervisor out of their position," says Mewburn.

A tactful way of doing this could be to suggest inviting the other person along to help review your work and figure out where you might have gone wrong.

It might also help to bring in the head of school or faculty. Failing that, many universities have research degree coordinators, postdoctoral officers, or dedicated human resource managers to help resolve conflicts. Some might even have an ombudsman.

It can be very difficult for young researchers who have seen the human side of research publishing, with all its politics and imperfections. Mewburn compares it to Star Trek’s Mr Spock, the logical, thoroughly honest Vulcan, and Captain Kirk, the human who is prone to making emotional decisions.

As long as processes are fair and resolutions are not one-sided, competing perspectives can be a good thing, Mewburn says, as science is not black and white.

“We shouldn’t try and eliminate it, because if you didn’t have the difference, you wouldn’t really be searching to resolve all these ambiguities.”