A tally of mass destruction

A comprehensive study on the planet’s biomass was among the top five most talked-about articles of 2018. 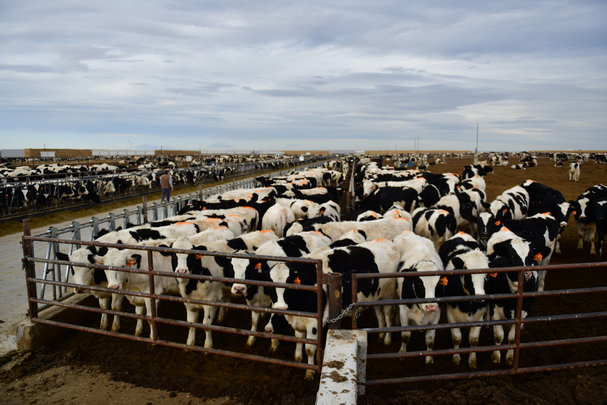 Livestock make up more than half the biomass of all mammals.

For Yinon Bar-On, writing clear and simple research papers is key to making a big impact outside the academic community. “An accessible text allows people to relate to your work more easily,” says the biologist, a PhD student at Weizmann Institute of Science in Israel.

Last year, Bar-On and his colleagues published a paper that presented the most complete tally of biomass on the planet. It also put humankind in its place, with a troubling message: people make up a tiny fraction of life on Earth, but that hasn’t stopped us from destroying a large portion of it.

To ensure that the findings were straightforward and comprehensible, Bar-On tried to get as much feedback as possible on the manuscript before submission.

The paper was fourth among the internet’s most hotly discussed articles published in the 82 Nature Index journals in 2018. The article’s online circulation, based on a metric known as the Altmetric Attention Score, was 4,447 as of 15 January 2019. The top-scoring paper earned a score of more than 8,700.

"The world’s 7.6 billion people represent just 0.01% of all living things. Yet since the dawn of civilisation, humanity has caused the loss of 83% of all wild mammals and half of plants, while livestock kept by humans abounds." @guardian https://t.co/fXlkilBmU3 pic.twitter.com/ePlMSUH9b0

As part of the study, his team pulled together data from hundreds of studies to calculate the biomass of different classes of organisms, from viruses and bacteria to plants and mammals. Using carbon as a measure of biomass, the researchers found that life on Earth equates to a total of 550 gigatonnes of carbon.

The team found that plants are the most dominant lifeform on Earth, accounting for 82% of all the planet's biomass. Bacteria follow, contributing around 13%, and the remaining 5% includes fungi, insects, fish and mammals.

Perhaps the most startling finding centred on humans. Although the world’s 7.6 billion people represent just 0.01% of the planet’s biomass, humans have wiped out 85% of the biomass of wild mammals and 50% of plants since the beginning of civilisation. Now, livestock (mainly cows and pigs) make up more than half of the biomass for mammals, and the carbon content of domestic poultry (mainly chickens) is almost three times higher than that of wild birds.

The research was mentioned by more than 110 news outlets, including New York Post and ABC News.

The news site, Vox, put things in perspective with the headline: “The mass of all life on Earth is staggering — until you consider how much we’ve lost”.

The study was also a hit on social media, with almost 5,500 Twitter users sharing the paper. It was mentioned in 28 blogs and 10 Reddit threads.

While Bar-On expected the findings to appeal to a wide audience, the media’s focus on the impact of humans on wild mammals took him by surprise. “This was a relatively small part of our study, but it got a lot of attention,” says Bar-On.