A beacon in the bush becomes an astronomy powerhouse

South Africa’s University of the Western Cape has exceeded expectations. 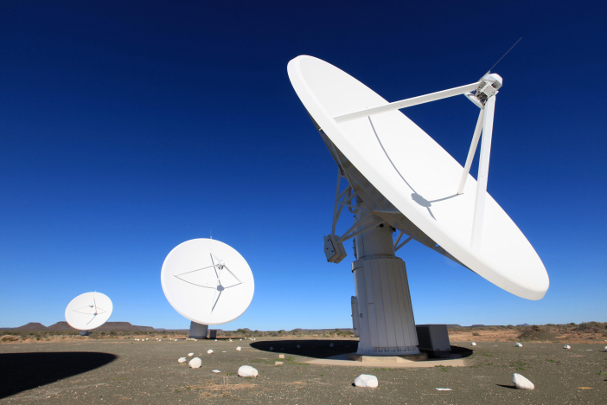 The architects of South Africa’s apartheid regime never meant for the University of the Western Cape (UWC) on the outskirts of Cape Town to excel at anything. Created in 1960 as a ‘bush college’ to provide black South Africans with limited training, it was not expected to compete with the country’s well-resourced research universities. Its squat buildings were erected far from the city’s wealthy shopping malls, leafy parks and pristine beaches.

While the legacy of apartheid looms large in many of South Africa’s social and economic structures, the UWC is not defined by its past. Since the fall of the regime in 1994, the university has established an impressive research record, increasing its articles in Thomson Reuters' Web of Science database from 31 that year to 657 in 2015, a rise of more than 2000%. In 2014 the university ranked fifth in South Africa for the number of staff holding PhDs — joining the country’s historically ‘white’ institutions in that measure.

But, it’s in physical sciences that UWC really punches above its weight compared to South Africa’s elite institutions. The university’s contribution to physical science research in the index, measured by weighted fractional count (WFC), more than doubled between 2012 and 2015. Meanwhile, the University of Cape Town, with its century-long history of academic excellence and sterling research record, saw its WFC in physical science fall slightly over the same time.

UWC’s rise in the index is largely due to publications in astronomy, says Roy Maartens, the head of the physics department’s astronomy research group. Maartens returned from the UK to South Africa, his home country, in 2011 to take up UWC’s new chair in radio astronomy. The position was part of the government’s push to boost the country’s chances of winning its bid to host the Square Kilometre Array, a giant radio telescope. And South Africa won. The majority of the telescope, which will comprise thousands of radio antennae spread across a vast area, including countries further north in Africa, will be built in South Africa’s central Karoo semi-desert. The growth of UWC’s astronomy group over the past decade, from none to 6 staff, 15 postdoctoral researchers and 13 postgraduate students today, has been backed by national investments in the SKA. The UWC group is leading efforts to turn the SKA into a state-of-the-art cosmology experiment, probing the structure of dark energy and testing Einstein’s general theory of relativity.

Maartens also made UWC history a few years ago when he became the first researcher at the institution to be awarded an A1 rating by the country’s National Research Foundation. The accolade comes with modest funding for the department, but the main impact is symbolic because it is only given to researchers judged to be global leaders in their fields, says Reggie Madjoe, a materials science professor at the university. That, and getting the department a decent coffee machine. “We used to make do with instant, but now with all the famous scientists visiting we need to be able to offer something better,” he says.

To Madjoe and others like him, who could only study at UWC, the achievements of the university’s faculty offer great personal satisfaction. “I have to pinch myself,” he says. To this day UWC’s students are mostly non-white, but this makes its academic achievements all the more vital for the future of South Africa, Madjoe says. “We are shaking off the shackles of history. This is a place for everybody, a place for quality, a place to grow,” he says.

Maarten believes this is just the beginning for UWC and its astronomy group. When a precursor of the SKA, MeerKAT, comes online next year it will be the world’s most powerful radio telescope until the SKA is built, says Maartens. UWC researchers will use MeerKAT to study galaxy populations and their evolution. “It presents a fantastic opportunity. Our success so far is nice but we have bigger fish to fry,” he says.

However, both of Maarten and Madjoe acknowledge the university may face tough times ahead. Last year, violent protests suspended classes at campuses all over the country, with students demanding an end to tuition fees. At the UWC campus students burnt buildings. The government has estimated the cost of vandalism nationwide at more than R600 million (US$43m)

As the 2016 academic year draws to a close, violence has erupted again. There are widespread concerns that extended unrest will threaten research at the country’s universities. Projects such as the SKA, which are of high national priority, are giving UWC astronomy a buffer for now, says Maartens. “But there’s a concern about the future.”