IBS was established in 2011 to advance the frontiers of knowledge and foster leading scientists of tomorrow by pursuing excellence in basic science research. Since then, IBS has been providing infrastructure for long-term, large-scale, and group research as well as supporting autonomous research activities of researchers, focusing on the exploration of creative knowledge. In 2018, IBS had moved to its new building in Daejeon, South Korea. Watch the tour video of our headquarters and some of our research centers.

As a basic science research institute representing Korea, IBS is running 4 Research Institutes and 35 Research Centers in physics, chemistry, mathematics, life sciences, and interdisciplinary areas as of August 2022, with the goal of eventually increasing the number to 50. In order to meet this goal, IBS is hiring Research Center Directors and Chief Investigators, as well as postdoctoral researchers. For career opportunities, please visit https://www.ibs.re.kr/prog/recruit/eng/sub04_01/list.do.

The institute’s main philosophy is to select world-renowned scientists as its Centers’ directors and create an environment where the director can concentrate on his/her own creative research. That is because IBS believes that creativity can be maximized when excellent researchers focus on conducting challenging research in an autonomous research environment.

IBS has been generating research outcomes that attract worldwide attention and was named one of Nature Index Rising Stars 2016. Despite a short history, the institute is standing shoulder to shoulder with international basic science research institutes. With the 2018 completion of its new headquarters designated as an urban science park, IBS will maximize the merits of group and interdisciplinary research as well as bring IBS’ research capabilities together. It is actively recruiting young researchers at home and abroad, heralding an even brighter future.

Since 2016, IBS has been operating Young Scientists Fellowship (YSF) under the slogan ‘Initiate your own research at IBS. In order to intensify its support to grow the next-generation leaders of scientific investigators, IBS has been launching a new research unit called Pioneer Research Centers (PRC), a subset of the existing IBS HQ Centers since early 2019. PRCs consist of up to five Chief Investigators (CIs) each. The CIs lead their own research group to pioneer new fields and focus on challenging research in the basic sciences. CIs are required to have scientific excellence equivalent to that of a principal investigator at a globally renowned research institute or to have great potential to reach the aforementioned level in the near future. IBS will continue its efforts to become a research hub where young scientists can devote themselves to their science with full autonomy and independence.

The table to the right includes counts of all research outputs for Institute for Basic Science (IBS) published between 1 July 2021 - 30 June 2022 which are tracked by the Nature Index.

Hover over the donut graph to view the Share for each subject. Below, the same research outputs are grouped by subject. Click on the subject to drill-down into a list of articles organized by journal, and then by title.

Note: Articles may be assigned to more than one subject area.

Compare Institute for Basic Science (IBS) with other institutions

Highlight of the month 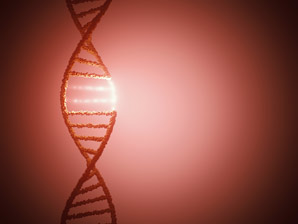 The number of mitochondrial genetic diseases that can be probed using DNA editing has been quadrupled thanks to a method that can switch adenine bases in human mitochondrial DNA to guanine ones.

Mutations in the DNA of mitochondria — the organelles that power cells — give rise to genetic diseases that afflict at least one person in 5,000. They can also cause age-related disorders such as diabetes and cancer.

Editing of mitochondrial DNA would allow researchers to gain more insights into mitochondrial genetic disorders, and it may eventually provide a way to treat them. But current editing methods can only swap a cytosine base with a thymine one.

Now, eight researchers from the Institute for Basic Science in South Korea have devised a way to convert an adenine base into a guanine one in human mitochondrial DNA.

This raises the proportion of pathogenic mutations involving a single base pair in mitochondrial DNA that can be edited from 10% to over 40%.

View the article on the Nature Index

Hover over the graph to view the percentage of collaboration. 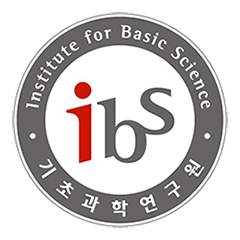