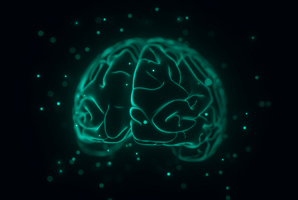 Nanoparticles are widely used in drug delivery, chemotherapy and medical imaging, as they are small enough to squeeze into individual cells. However, as the tiny particles travel in and out, they disrupt the target cells’ function and sometimes the function of neighbouring cells. This is similar to the ‘radiation-induced bystander effect’, whereby cells adjacent to irradiated cells undergo the same stress response as those directly hit by radiation.

Neuroscientists from Trinity College Dublin and the University of Bristol have been investigating how nanoparticles could affect foetal development. “We previously observed increased DNA damage to foetal blood and liver following maternal exposure to nanoparticles,” said Maeve Caldwell, Professor of Neuroscience at Trinity, referring to a mouse model, “so we decided to look at their effects on brain cells”. It is unclear how nanoparticles can cause developmental problems without crossing the protective placenta to the foetus, yet this has been observed in mice.

To investigate, Caldwell’s team grew BeWo cells, a model for the multi-layered placental barrier, and placed over them nanoparticles of cobalt chromium — a material once widely used in hip replacements. The researchers placed the BeWo barrier over some prepared proteins which would pick up any stress signals from the BeWo cells.

After 24 hours, the CoCr had not breached the BeWo barrier, but had been absorbed into the top layer of cells. This caused the BeWo cells to release a messenger protein called IL-6 in greater quantities than it would have in the absence of nanoparticles. The team gathered up the proteins from beneath the BeWo cells and placed them among cultured brain cells. Using a fluorescent microscope, the researchers observed that signals from the proteins damaged the brain cells’ DNA.

Surprisingly, this response only occurred when astrocytes, an abundant nerve cell in the brain, were present. “In the absence of astrocytes, the exposed neurons were not harmed,” says Caldwell, “indicating that astrocytes are causing neuronal damage”.

Astrocytes were thought to be a good force in foetal development and to support brain cell growth. But this experiment revealed that, under stress, they can damage neighbouring neurons and enhance the negative effects of nanoparticles on foetal brain development. This points to a potential risk to the foetuses of women who have metal-on-metal hip replacements.

Next, Caldwell and her team hope to get a clearer understanding of the role of astrocytes in neurodegenerative diseases. “We hope to find out whether astrocytes that have been generated from stem cells of Alzheimer's or Parkinson's patients contribute to brain cell death.” Answering these questions could help in the development of appropriate targeted treatment.