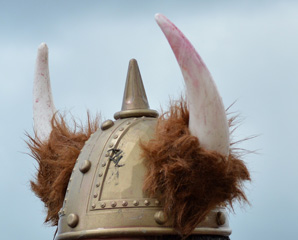 The hordes of Viking raiders who descended on Ireland more than a millennium ago left more than ransacked monasteries in their wake. They also left behind a genetic legacy evident in modern Irish people.

A detailed analysis of more than 1,000 Irish genomes, unearthed stronger evidence than ever that Norse and Norman invaders contributed DNA to the Irish gene pool during the Middle Ages. In Northern Ireland, many people’s genomes were also largely indistinguishable from those found in Scotland, a relic presumably of the 17th century settlements known as the Ulster Plantations.

“Our findings recapitulate and enrich the historical record,” says Ross Byrne, a PhD student at Trinity College Dublin’s Smurfit institute of Genetics and the first author of the study.

What’s more, Byrne and his colleagues identified subtle regional genetic differences across Ireland, with many distinct groups scattered throughout the west — home to longstanding Celtic communities — and more genomic uniformity toward the east where the influx of British settlers seems to have largely erased older divisions.

This fine-grained population structure could have significant implications for future genetic studies of health and disease in Ireland and beyond, notes senior study author, Russell McLaughlin, a neurogeneticist at Trinity College.

“It’s an important thing to understand and to be able to control for,” he says.

The new findings are already influencing McLaughlin’s research into the genetic underpinnings of motor neurone disease, also known as amyotrophic lateral sclerosis (ALS). “We expect that it will be necessary to take these subpopulations into account when we’re trying to find rare causative variants of ALS,” he says.

Now, the researchers hope to extend the approach to other parts of the world that may have hitherto unappreciated genetic subdivisions — and they’ve started with the Netherlands. Despite finding evidence of strong genetic structure among the Dutch, Byrne and McLaughlin have yet to determine how much of a genetic imprint remains from the ancient conquests of Germanic tribes and Romans. First, they’ll need a crash course on Dutch history.

“You do all this genetic work, and then you have to make yourself a quick expert in the history of the country’s invasion and migrations,” McLaughlin says. “There’s a lot of knowledge to brush up on.”