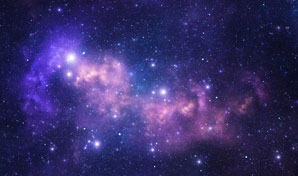 Scientists have calculated that measurements by radio telescope arrays of the light emitted by hydrogen in distant galaxies should lead to more accurate estimates of the Universe’s curvature.

Although measurements of the curvature of the Universe have improved in recent years, they still require assumptions to be made about the influence of dark energy, which makes up nearly 70% of the Universe, introducing uncertainty.

Now, an international team of scientists, including researchers from the University of Cape Town in South Africa, shows how changes to the intensity of a spectral line of hydrogen before and after a period in which the Universe rapidly expanded can be used to measure its curvature.

Since the technique is independent of assumptions about dark energy, it could lead to measurements that are an order of magnitude more accurate than currently possible.