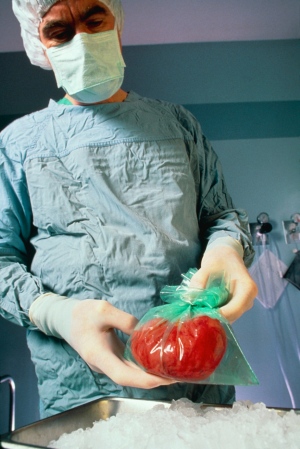 The United States banned organ donations by people with HIV 25 years ago.

The United States is poised to overturn its ban on accepting organs from HIV-positive donors, a move that would lead to organ transplants between infected patients.

Legislation approved by the US House of Representatives on 12 November seeks to end the 25-year prohibition on HIV-infected organs. It also directs the government to develop guidelines for the subsequent study of ‘positive-to-positive’ transplants.

Researchers say that such procedures could help to ease the overwhelming demand for donor organs in the United States. More than 120,000 people are waiting for new hearts, lungs, kidneys and other organs — a list that includes people with HIV, who are living longer thanks to antiretroviral drugs and other medical advances. Roughly one-quarter of HIV patients in the United States also have hepatitis C, which in its advanced form can be treated only by liver transplant.

“Any potential source of new donors should be looked at,” says transplant surgeon Peter Stock of the University of California, San Francisco. One recent study suggests that allowing donations from otherwise healthy people with HIV could make an additional 500‒600 organs available for transplant each year1.

The Senate approved the legislation, known as the HIV Organ Policy Equity Act, in June, and President Barack Obama is expected to sign it into law. But it may be some time before any transplants are performed. First, the federal Organ Procurement and Transplantation Network will need to develop ethical and clinical standards to guide medical research on positive-to-positive transplants. Dorry Segev, a transplant surgeon at Johns Hopkins University in Baltimore, Maryland, who lobbied for the bill, guesses that this may take up to a year.

Such transplants are not without precedent, however. Elmi Muller, a transplant surgeon at the University of Cape Town in South Africa, has pioneered positive-to-positive kidney transplants, conducting 26 since 2008.

“I felt that where these patients didn’t have much option, there was not much to lose,” says Muller. Approximately 20% of South Africa’s population is infected with HIV, but those who need new kidneys are usually not even considered for dialysis — much less transplant surgery. Until antiretroviral drugs became widely available a few years ago, HIV-positive South Africans were not expected to live very long.

In the past five years, only two of Muller’s 26 transplants have failed, adding weight to her argument that the benefits of the procedures outweigh their risks. Yet Muller says her research also highlights the need for continued study of the safety and efficacy of transplants from HIV-positive donors. For example, although the organ recipients in her study are generally healthy, a few of their donor kidneys show structural changes that may be caused by HIV — and Muller does not know whether the changes are harmful.

There are also concerns about ‘superinfecting’ a HIV-positive patient with a second strain of the virus carried by a donor organ, particularly if that strain is resistant to antiretroviral drugs. And it is not clear how immune-boosting antiretroviral drugs will interact with the drugs that transplant patients take to prevent their bodies from rejecting donor organs. High, possibly toxic, doses of immunosuppressant medication may be required to prevent organ rejection in a recipient who is also taking antiretroviral drugs. Some research suggests that HIV-infected individuals seem to be more likely to reject new organs2.

Despite those caveats, researchers are hopeful that investigating positive-to-positive transplants will yield valuable clinical insights into the functioning of HIV and the human immune system. Says Stock, “There is just so much to learn.”