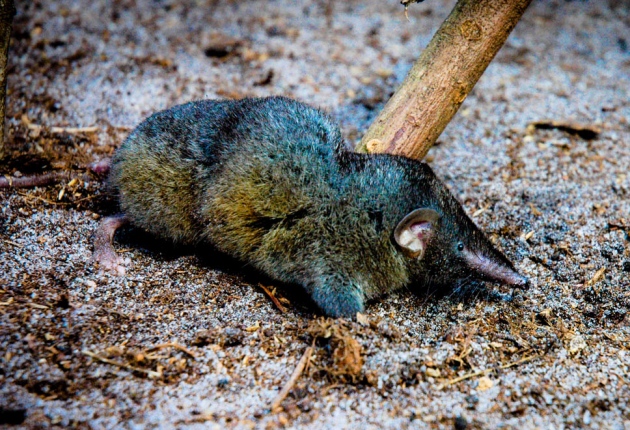 The spine of this diminutive mammal, called Thor's hero shrew, has an unusual morphology that had previously been found only in one other species.

One of the most bizarre mammals in the world now has a sister species. The newly discovered Thor's hero shrew shares the unusually sturdy, interlocking vertebrae of the known hero shrew, and it could help to explain the evolutionary role of that adaptation.

The large, woolly hero shrew (Scutisorex somereni) was discovered more than a century ago in equatorial Africa1, 2. It has a spinal structure unique among all mammals — unusually thick, with vertebrae that interlock similarly to the teeth of two combs.

Relative to its body mass, the hero shrew’s spine is stronger than that of any other vertebrate3. The hero shrew has even been reported, anecdotally, to be able to withstand the weight of a full-grown man on its back4. That’s roughly the equivalent of a human supporting the weight of the space shuttle.

The hero shrew had been the only species known to have this adaptation, and its function has been a mystery. “This significant investment of energy and calcium must have an evolutionary benefit,” says Rainer Hutterer, a vertebrate biologist from the Alexander Koenig Zoological Research Museum in Bonn, Germany. 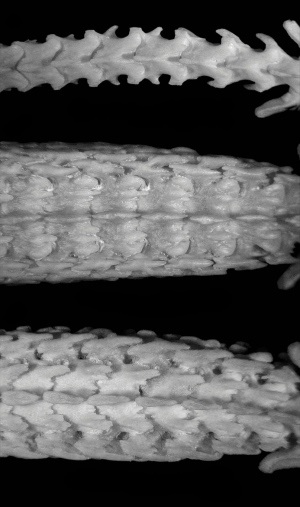 In the forests of the Republic of Congo, Hutterer and his colleagues have now discovered a sister species that also exhibits this distinctive spinal morphology (see image at left). Writing in Biology Letters today5, the team describe the novel species, which they named Scutisorex thori. In Norse mythology, Thor is the god of strength.

The structure of the animal’s cranium and vertebrae suggest that it is an intermediate evolutionary stage between the hero shrew and other shrews. Its discovery could help to piece together the evolutionary history of these mammals.

“The hero shrew was considered an example of punctuated equilibrium, where species remain relatively unchanged for long periods, but then events happen very rapidly and you get branching to another form,” says William Stanley, a biogeographer at the Field Museum of Natural History in Chicago, Illinois, and a co-author of the study. But this discovery suggests that S. somereni's evolution may have been more gradual, the authors say.

The team hypothesizes that the hero shrews use their strong backs for leverage to get to larvae in the leaf bases of palm trees or to worms under heavy logs.

“The discovery helps us understand how this extreme specialization has evolved incrementally,” says Andrew Kitchener, a vertebrate biologist at National Museums Scotland in Edinburgh, UK.

The unique adaptation of the hero shrew and the Thor’s hero shrew may also be of interest to structural designers and engineers searching for bio-inspired designs for extreme loading conditions.

The challenge for the researchers now is to investigate the behaviour of the shrews and catch a glimpse of this unique adaptation in action.