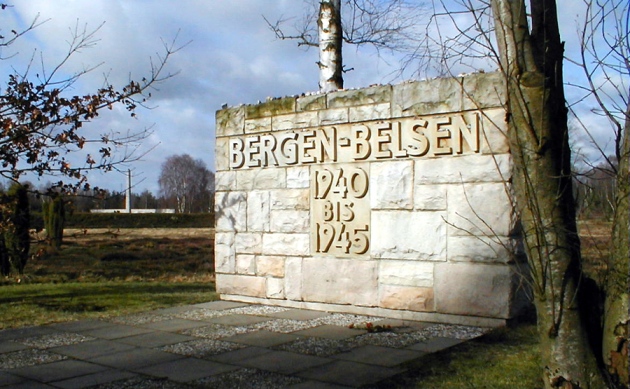 The Bergen­‐Belsen Memorial, in the grounds of the former Nazi concentration camp where the author's father was incarcerated.

On 23 April 1945, my father, Gershon Glausiusz, was liberated from the Nazis. He was ten years old. Two weeks earlier, he and his mother and three surviving brothers had been packed onto a train along with 2,500 other prisoners of Bergen-Belsen, the concentration camp in Germany where my father had been incarcerated since 6 December 1944. Another brother, only 21 months old, had died in the camp. For 14 days, while the family survived on minuscule rations of scavenged raw potato peels and maize, the 'Lost Train' snaked haphazardly through Eastern Germany, blocked by the advances of the Russian and American armies, before halting in a forest near the small German town of Tröbitz.

“At 6 o’clock in the morning, the person in charge of our wagon looked out of the barbed-wire window and saw two Russian scouts on white horses emerging from the middle of the woods,” my father says. “And he started shouting, ‘Frau Glausiusz, Die Russen sind schon da — the Russians are already here.’ The reason why he shouted across to my mother was because my mother kept on saying we would be liberated.” Then, my father adds, “the Russians came and systematically removed all the locks from all the wagons. The Germans had fled overnight with the locomotive and the wagons that contained the guards.” Some 600 people on the train had died, mainly of starvation or typhus, during its tortuous journey.

Since late childhood, I have listened to my father describe his wartime suffering — his deportation from his home in Szarvas, Hungary, in June 1944; the death of his grandfather in Bergen-Belsen; and the murders of cousins, uncles, aunts and his other grandfather in the Auschwitz extermination camp. 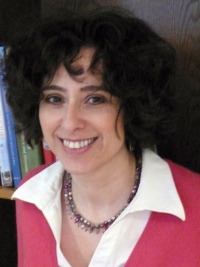 In 2012, I volunteered to participate in a study of children of Holocaust survivors led by Rachel Yehuda, a neuroscientist and the director of the traumatic stress studies division at Mount Sinai School of Medicine in New York. The study aimed to determine whether the risk of mental illness owing to trauma is biologically passed from one generation to the next.

In particular, the researchers wanted to see whether such risk could be inherited through epigenetic marks — chemical changes or molecular ‘tags’, such as the binding of methyl groups, or 'methylation', to DNA nucleotides, that alter the expression of genes without changing the underlying genetic sequence. Some researchers claim that these marks can in some cases be passed on to offspring together with the genetic sequences themselves, although the mechanism for such epigenetic inheritance is controversial (see 'Epigenetics: The sins of the fathers').

During the course of the study, I completed an online questionnaire to assess my emotional health as the daughter of Holocaust survivors and whether my parents had post-traumatic stress disorder (PTSD). A psychologist interviewed me about my parents’ war-time experiences and my own history of depression and anxiety. I submitted to blood and urine tests measuring the hormone cortisol, which enables the body to respond to stress, as well as the methylation of GR-1F, a promoter of a gene that encodes a glucocorticoid receptor, which binds cortisol and helps shut down the stress response.

The results of Yehuda’s research were published last month in the American Journal of Psychiatry1. The study compared 80 adults who had at least one parent who was a Holocaust survivor with 15 ‘demographically similar’ participants whose parents were not exposed to the Holocaust and did not have PTSD. The team found that in children whose fathers had PTSD, GR-1F had higher methylation. If the mother and father were Holocaust survivors and experienced PTSD, offspring had lower methylation of this promoter region. In other words, stress in fathers translated to more methylation of the promoter in offspring, and therefore less gene expression, whereas stress in both parents seemed to have an opposite effect.

In an earlier study on the same group of volunteers2 the researchers showed that the glucocorticoid receptors of people whose mothers survived the Holocaust and had PTSD were more sensitive to cortisol — and these people also excreted less of the stress hormone in their urine. Offspring born to survivor fathers with PTSD showed lower cortisol sensitivity and higher excretion compared to the subjects born to mothers, but not fathers, who were survivors with PTSD.

“This is the first evidence in humans — of which we are aware — of an epigenetic mark in an offspring based on pre-conception exposure in a parent,” Yehuda says. 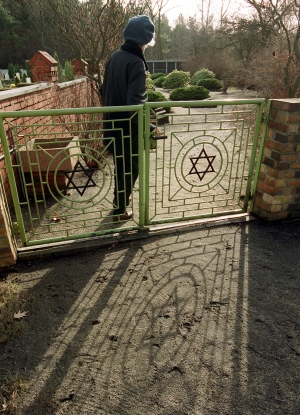 The Jewish cemetery in Tröbitz, Germany.

Yehuda says that a similar process may be occurring in the children of Holocaust survivors. For offspring of fathers with PTSD, “if you have an increase in the promoter methylation, you’re more likely to have a decrease in the activity of the receptor,” she says. A less-active glucocorticoid receptor is associated with higher amounts of circulating cortisol, suggesting that children of fathers with PTSD are “probably more prone to depression or chronic stress responses”, Yehuda says.

The reverse seems to occur in the offspring of mothers with PTSD. “If you have a decrease in that promoter methylation, you’re more likely to have an increase in gene expression and activity of the glucocorticoid receptor; the receptor will be more active and more sensitive,” Yehuda says. Mothers who survived the Holocaust, she says, often feared separation from their children. “When you’ve been exposed to a lot of loss, and you’re very worried that you will keep losing loved ones, you may literally hang on too tight.” Holocaust offspring, she says, often complain that their mothers were over-attached to them.

Although she does not identify the mechanism behind these changes, Yehuda thinks that epigenetic modifications might occur before conception in the fathers, but that in the mothers the changes occur either before conception or during gestation.

Yehuda thinks it is unlikely that these biochemical modifications occurred in childhood as a result of exposure to parents’ stories of their ordeals, because this explanation could not account for the differences between cases where the father was a Holocaust survivor, or the mother was.

“It’s completely driven by historical events and symptoms of parents,” Yehuda says. “What else could it be?” Although she admits that, in principle, the epigenetic changes could simply be the result of hearing terrible stories while growing up — but if so, she argues, there should be no differences based on whether the mother or the father survived the Holocaust.

“This is a very important study to help us understand the importance of maternal involvement compared to paternal involvement in epigenetic effects on offspring,” says Richard Tremblay, a psychologist at the University of Montreal.

But Tim Bestor, a geneticist and developmental biologist at Columbia University in New York, is much more critical of the study’s findings and of its methods. “This work is extremely controversial,” he says, noting that the differences in promoter methylation between the various groups were small, and it is difficult to say whether they are statistically significant because the paper does not include raw data about methylation patterns, but simply summarizes them.

Moreover, he says, the glucocorticoid receptor has at least six promoters. “[The researchers] look at only one of them,” and it is “one of the weakest”, he says. Other studies have shown that this promoter is never methylated4. Although Yehuda’s results suggest otherwise, “we don’t have any primary data, so we can’t be sure,” Bestor says.

I am an anonymous subject of the study, and my father has never been formally diagnosed with PTSD. I do know that my father, who will turn 80 later this year, told me hopeful stories as well: about how, after the family’s release from the train, my uncle caught a chicken that my grandmother later swapped for flour to mix with water and create a very basic soup; and how my grandfather, one of only two survivors of a Hungarian slave-labour battalion, paid for a bus to take his family home.

Nevertheless, “if you believe that your father was symptomatic, then you probably have a vulnerability to depression or anxiety”, says Yehuda. “Chances are that there is a real link between your father’s symptoms and your own, and that your problems are not necessarily a function of a genetic transmission, but of an epigenetic one.”