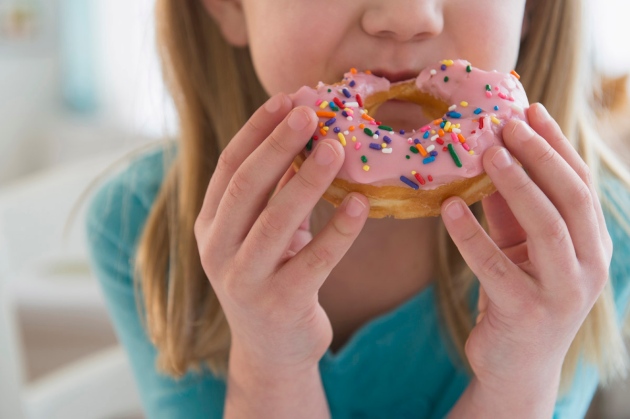 It may not take that much sugar for it to have ill effects on health, a study on mice suggests.

Too much sugar is bad for you, but how much, exactly, is too much? A study in mice has found that the animals' health and ability to compete can be harmed by a diet that has sugar levels equivalent to what many people in the United States currently consume.

High-sugar diets are associated not only with obesity and diabetes, but also with other human conditions such as coronary heart disease. However, the exact causal links for many of these has not been established. When studies are done in mice to evaluate health effects of sugar, the doses given are often so high, and outside the range of equivalent human consumption, that it is hard to tell conclusively whether the results are relevant to people.

“Nobody has been able to show adverse effects at human-relevant levels,” says Wayne Potts, an evolutionary biologist at the University of Utah in Salt Lake City.

But in a study published today in Nature Communications1, Potts and his colleagues looked at what happens under conditions comparable to the lifestyles of a substantial number of people in the United States. The researchers bred a pair of wild mice captured by Potts in a bakery, and fed offspring a diet in which 25% of the calories came from sugar. This is the maximum 'safe' level recommended by the US National Academies and by the US Department of Agriculture, and such a diet is consumed by around 13–25% of the US population. The safe level is roughly equivalent to drinking three cans of sugary drinks a day but having an otherwise sugar-free diet.

After 26 weeks on this sugar binge, the mice were released into a large habitat that mimicked their natural environment and were left to compete for food and territory with an equal number of control mice that had been fed a healthy diet. The sugar-eaters did not fare well. Over the 32-week duration of the experiment, sugar-fed females died at nearly twice the rate of control females and the males controlled about one-quarter less territory and had one-quarter fewer offspring than their control counterparts.

The team tracked seven markers of metabolic health, including body weight and insulin levels, and five of those markers showed no difference between experimental mice and controls. But Potts says that mimicking the intense competition in natural mouse colonies enabled the researchers to see the effects of a high-sugar diet, even without metabolic evidence of harm. “The mice can really tell us ‘no, I’m not 100%’,” says Potts, even if current technology cannot detect anything amiss in specific metabolic pathways.

Walter Willett, an epidemiologist and chair of the department of nutrition at the Harvard School of Public Health in Boston, Massachusetts, says that the study adds to the weight of evidence that the levels of sugar consumed by millions of people in the United States are harmful. But he says it would be helpful if the team had been able to determine what was killing the female mice, and tie that to a human condition. “I doubt these mice were dying of heart disease,” he says.

James Ruff, a biologist in Potts' lab and a co-author of the study, says that it was not possible to collect the dead females often enough to study their cause of death without disturbing the experiment and throwing off the other results. “It’s a trade-off,” he says.

But Potts and Ruff think that their results are enough to indicate that there is a problem, and that the recommended safe level of dietary sugar should be lowered. “If I show that something hurts mice, do you really want it in your body before we’ve determined whether it’s a mouse-only problem?” asks Potts.