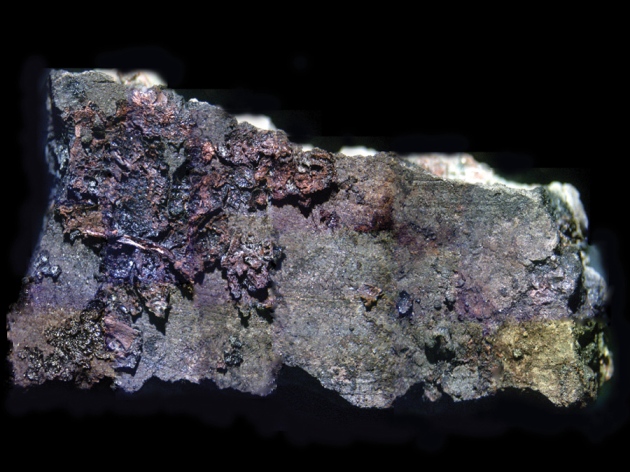 A bubbling broth of oysters and fresh cod, seasoned with a little garlic-mustard seed, sounds like a mouth-watering meal worthy of any modern kitchen. But this repast was being enjoyed in Northern Europe some 6,000 years ago, according to research that offers the earliest direct evidence that Neolithic people in the region added spices to their food.

Prehistoric chefs probably enjoyed flavours no less than we do, so they might be expected to have used seasoning. Previously, however, there was no conclusive evidence of the practice at what was a revolutionary time for European cuisine, just as people were beginning to adopt farming. The finding shows that “hunter-gatherers at the transition to agriculture had a sophisticated attitude to cooking”, says Hayley Saul, a bioarchaeologist at the University of York, UK, who led the study, which is published today in PLoS ONE1.

Prehistoric plant tissues rarely survive at archaeological sites, and when they do it is hard to prove whether the plants were eaten. Seeds, for example, are sometimes found littered around sites, but they may have been brought there by animals, or blown on the wind, says Rick Schulting, an archaeologist at the University of Oxford, UK, who studies Neolithic diet. “We all assume they were eating leafy greens, for example, but the evidence isn’t there,” he says. Residues of flavoursome foods such as poppy seeds and dill have been recovered at European sites, but they date from roughly 5,000 years ago, when agriculture was well established.

Saul and her colleagues instead looked for phytoliths — microscopic fragments of silica that build up in and between a plant’s cells, and that remain behind when the plant dies and decays. Although differences in soil and other environmental conditions can produce some variation in a plant's phytoliths, the size, shape and texture of the fragments are characteristic of the plant they formed in, says Saul. Other researchers have used phytoliths to identify millet2 and rice3 cultivation more than 10,000 years ago in China, for example. 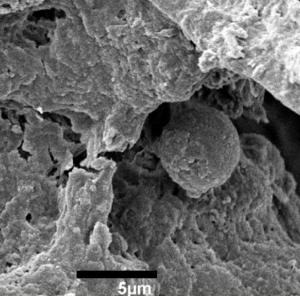 This scanning electron microscope image shows a phytolith —  a silica fragment that forms in plant tissue — embedded in food residue.

Saul’s team scraped out charred deposits from inside cooking pots found at three sites around the Danish Straits in northern Germany and Denmark, and found phytoliths ranging from about 5 to 11 micrometres across (see micrograph at left). Checking the samples against an extensive database of well-characterized phytoliths showed that they closely matched silica fragments from the seeds of garlic mustard (Alliaria petiolata). “This is the earliest evidence I know of for flavourings in European Neolithic cuisine,” says Andrew Fairbairn, an archaeologist at the University of Queensland in Brisbane, Australia, who studies the origins of agriculture in Turkey.

“The nice thing about this is that they’re from the inside of pots,” says Schulting. That shows unequivocally that the seeds were cooked with other foods. Most of the pots also contained lipid residues from marine animals, and a 6,000-year-old midden close to one of the sites is littered with oyster shells and fish bones.

“Standard archaeobotanical methods have always been focused on seed remains found in rubbish and storage bins, but rarely in food itself,” says Fairbairn. “With that kind of material we never really know how the seeds were used as food. This evidence shows that garlic mustard was a food ingredient. It shows we can identify cuisine.”