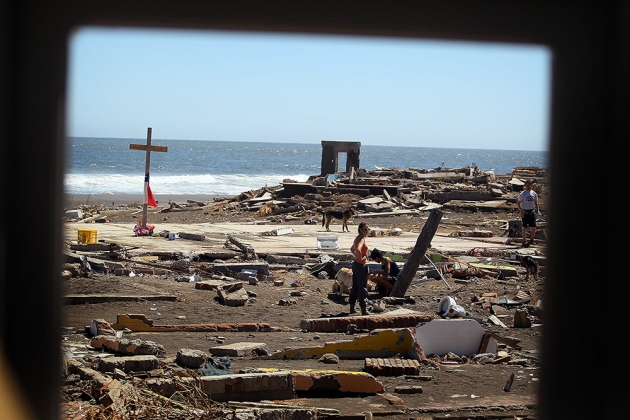 The seaside town of Pelluhue, Chile, in 2010 after a magnitude 8.8 earthquake and the resulting tsunami.

Big earthquakes, such as the ones that devastated Chile in 2010 and Japan in 2011, are more likely to occur during full and new moons — the two times each month when tidal stresses are highest.

Earth’s tides, which are caused by a gravitational tug-of-war involving the Moon and the Sun, put extra strain on geological faults. Seismologists have tried for decades to understand whether that stress could trigger quakes. They generally agree that the ocean’s twice-daily high tides can affect tiny, slow-motion tremors in certain places, including California’s San Andreas fault1 and the Cascadia region2 of the North American west coast.

But a new study, published on 12 September in Nature Geoscience3, looks at much larger patterns involving the twice-monthly tides that occur during full and new moons. It finds that the fraction of high magnitude earthquakes goes up globally as tidal stresses rise.

Satoshi Ide, a seismologist at the University of Tokyo, and his colleagues investigated three separate earthquake records covering Japan, California and the entire globe. For the 15 days leading up to each quake, the scientists assigned a number representing the relative tidal stress on that day, with 15 representing the highest. They found that large quakes such as those that hit Chile and Tohoku-Oki occurred near the time of maximum tidal strain — or during new and full moons when the Sun, Moon and Earth align.

For more than 10,000 earthquakes of around magnitude 5.5, the researchers found, an earthquake that began during a time of high tidal stress was more likely to grow to magnitude 8 or above. 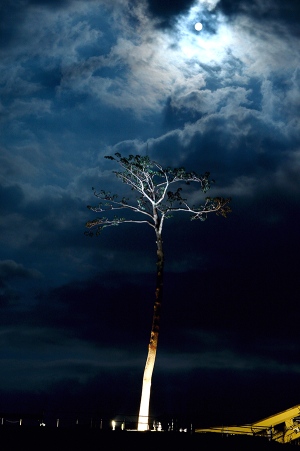 A lone pine tree that survived the 2011 earthquake and tsunami in Japan.

“This is a very innovative way to address this long-debated issue,” says Honn Kao, a seismologist at the Geological Survey of Canada and Natural Resources Canada in Sidney. “It gives us some sense into the possible relationship between tidal stress and the occurrence of big earthquakes.” Perhaps the miniscule added strain of tides, he says, could be the final factor that nudges a geological fault into rupturing.

The current study will not be the final word on the matter, adds Kao. There are just too many factors that contribute to triggering an earthquake — such as how stress transfers within the ground to cause a geological fault to move — to untangle exactly what role tides might have.

But “the results are plausible”, says John Vidale, a seismologist at the University of Washington in Seattle who helped to debunk some of the more tenuous tide–earthquake claims4. “They’ve done a very careful job.”

The discovery does not affect how societies should prepare for possible earthquakes, says Ide. Even if slightly enhanced by the tides, the probability of a quake happening on any particular day in an earthquake-prone region remains very low. “It’s too small to take some actions,” he says.

Ide is now looking at an additional list of earthquakes that occur where plates with oceanic crust plunge beneath continental crust, to see if the pattern holds up there as well.