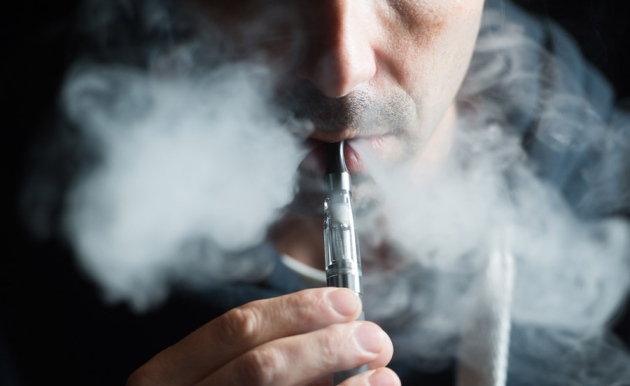 Electronic cigarettes have been investigated to assess their effects on gene expression.

Electronic cigarettes can change gene expression in a similar way to tobacco, according to one of the first studies to investigate the biological effects of the devices.

Presented at the American Association for Cancer Research annual meeting on 6 April in San Diego, California, the research looked at human bronchial cells that contained some mutations found in smokers at risk of lung cancer. The cells were immortalized, grown in culture medium that had been exposed to e-cigarette vapour and their gene expression profiled.

The changes are not identical, says study researcher Avrum Spira, who works on genomics and lung cancer at Boston University in Massachusetts. But “there are some striking similarities”, he says. The team is now evaluating whether the alterations mean that cells behave more like cancer cells in culture.

The work is at a very early stage and therefore cannot establish that e-cigarettes can cause cancer in vitro, let alone in vivo. “They may be safer [than tobacco], but our preliminary studies suggest that they may not be benign,” says Spira.

E-cigarettes are extremely controversial. Because they vaporize liquid containing nicotine, rather than burning tobacco, some researchers believe that the devices could greatly reduce the damage done to health by smoking; others, however, argue that they are simply ‘renormalizing’ smoking.