TREND WATCH: The results of clinical trials need to be published speedily if the studies are to be useful to physicians. But only 35.9% of clinical trials at leading US academic medical centres have their results reported within two years of trial completion, US researchers revealed in the BMJ on 17 February1.

The team examined more than 4,300 trials across 51 institutions registered at the website ClinicalTrials.gov as having been completed between 2007 and 2010. Only 29% of the trials had their results published in scientific journals two years after they had been completed, the researchers found, and just 13% were reported on ClinicalTrials.gov in the same time frame.

The results show the wide variance of reporting among US institutions. The University of Minnesota was the most efficient, reporting 55.3% of its clinical trial results within two years; the University of Nebraska was the least, with just 16.2% reported in that time (see 'The trial publishing problem').

“The lack of timely reporting and publication fundamentally impairs the research enterprise, violates the commitment made by investigators to patients and funders, squanders precious time and resources, and threatens to compromise evidence based clinical decision making,” says the team behind the work, led by Harlan Krumholz at Yale University in New Haven, Connecticut.

Overall, by July 2014, two-thirds of the results of trials completed between 2007 and 2010 had been published or reported online. Previous research has found similar problems with clinical-trial reporting, the team says; studies have variously reported that 25–50% of clinical-trial results remain unpublished several years after the trials' completion. 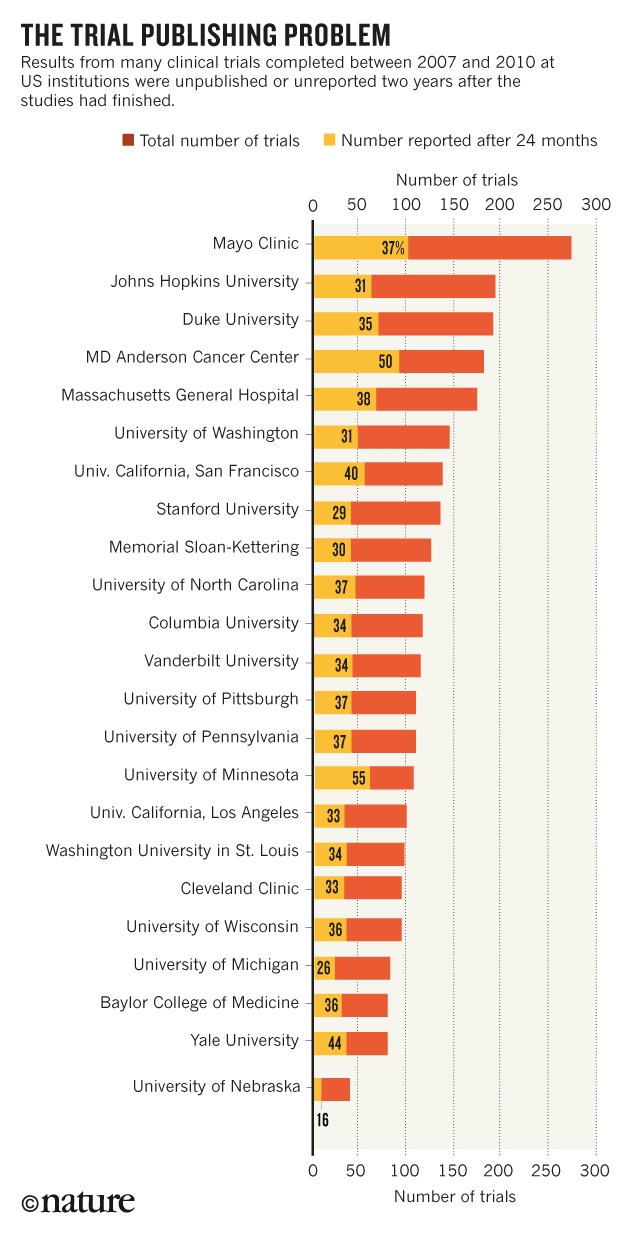