A variety of cell types can self-organize in 3D culture into organoids, recapitulating aspects of organ development and function. This webcast presents examples of how organoids can be applied to biomedical research, including discussion of some of the caveats that researchers should bear in mind when using organoids.  Hans Clevers briefly introduces the field, followed by talks by Madeline Lancaster, Mathew Garnett and James Goldenring.  The webcast concludes with Q&A session with Madeline, Mathew and James.  The production of the webcast was supported by STEMCELL Technologies. As always, Springer Nature retains sole responsibility for all editorial content. 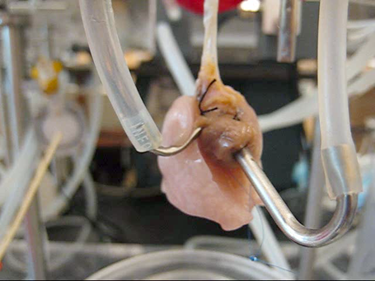 ster resonance energy transfer (FRET) can be used to detect and quantify interactions between two molecules, or two parts of a molecule. Fluorescence microscopy is commonly used to detect these interactions. FRET has been applied to a variety of cell types and can thus be used to address a diverse range of biological questions. In this webcast we briefly over-view the theoretical principles of FRET and discuss a range of applications in which it has been used. Experts with extensive experience using FRET discuss the practical considerations that need to be considered when embarking on a study using FRET, for example, selection of fluorophore pairs and minimisation of imaging-induced artefacts. In addition, as inspiration for your own future research, you can hear about some occasions in which the researchers have used FRET in particularly innovative ways. The webcast concludes with a live Q&A session with the speakers. The production of the webcast was supported by Olympus. As always, Nature Publishing Group retains sole responsibility for all editorial content.

Optogenetics allows highly targeted and fast control of biological processes in systems as complex as freely moving mammals and was named "Method of the Year" by Nature Methods in 2010. In this webcast two of the leading innovators of this rapidly developing approach, Professor Karl Deisseroth and Dr Michael Bruchas, talk about their individual approaches for employing optogenetics in their laboratories. It concentrates particularly on the challenges encountered when attempting to use optogenetics to study the neural bases for animal behaviour. The webcast concludes with a live Q&A session with the two speakers. The production of the webcast was supported by the National Science Foundation under Grant No. 1348284. As always, Nature Publishing Group retains sole responsibility for all editorial content.