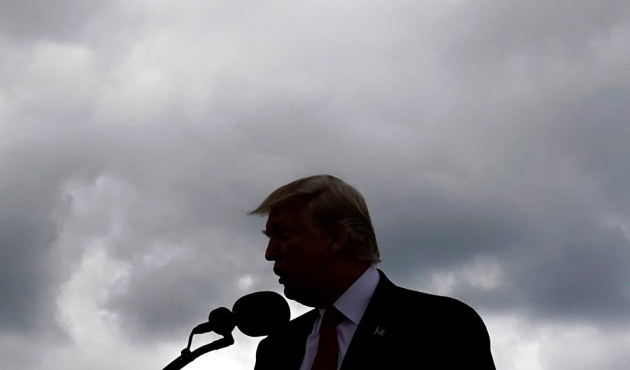 US President Donald Trump has not yet named a science adviser, although he is reportedly considering candidates.

US President Donald Trump has pledged to shrink the federal government, and he seems to be starting with science. Nearly six months after taking office, Trump has not chosen a science adviser, and the White House’s Office of Science and Technology Policy (OSTP) has dwindled from around 130 staff members under former president Barack Obama to 35.

The vacancies have diminished the White House’s ability to coordinate science policy and spending between agencies, and have left government-wide programmes on topics such as cybersecurity, regulation of genetically modified organisms and science education without clear direction. And the problem is expected to worsen, with the continuing exodus of the OSTP’s non-political (or ‘career’) staff; four senior people left on 30 June alone. Many are frustrated that the White House is not calling on scientific expertise when making decisions.

OSTP insiders fear that it may be difficult for the next science adviser — who normally directs the office — to restore it to its role of scientific coordinator. “Anyone who is nominated, if they are confirmed, is going to have to play catch-up,” says a former OSTP staff member, who is still a government employee and not authorized to speak to the press. “And I don’t know if they’re ever really going to have a seat at the table.”

Trump has waited longer than most recent presidents to choose a science adviser. Obama and Bill Clinton each named theirs the month after they were elected, whereas George W. Bush announced his pick in June 2001, about six months after taking office. A White House official says that Trump is considering three or four candidates, but declined to say when a decision might be announced.

For now, it is unclear who is running the OSTP. Long-time staff member Ted Wackler has been acting director since Obama’s science adviser, John Holdren, left in January. But a mid-level Trump appointee — deputy chief technology director Michael Kratsios — represents the office at meetings of the president’s senior staff, the anonymous White House official says. That slot is normally occupied by the president’s science adviser.

Kratsios, former chief of staff to venture capitalist and Trump donor Peter Thiel, has helped to hire eight people to work on technology issues in three of the OSTP’s five Obama-era divisions: environment and energy, national security and the office of the chief technology officer. But two divisions — science, and technology and innovation — are now completely unstaffed, according to several former employees. “It begs the question: if science and technology is in your name and you do not have a science or technology division, what are you doing?” one former staffer says.

The White House says that there are 12 people “working on science” across the OSTP. “The scientists, policy experts and advisers at OSTP are constantly working together across the entire office,” according to a statement provided to Nature. “What might have worked structurally under the Obama administration, with five separate divisions, actually looks pretty siloed today.”

Despite these changes, some of Obama’s big signature science programmes, such as the BRAIN Initiative (Brain Research through Advancing Innovative Neurotechnologies), have matured enough for the agencies involved to continue them without White House support. “Most of us tried to get everything done so [our programmes] could be on autopilot for six months or so,” says Tamara Dickinson, who left her job as principal assistant deputy director of the office’s environment and energy division in January.

But the end of that period is approaching, and without a science adviser, OSTP career staff cannot establish new working groups, call meetings or approve budgets. As a result, says a former staffer, it is unclear which agency will handle science-education initiatives. And because Trump’s positions on the environment and climate change clash with those of his predecessor, OSTP employees who work on these issues are at a standstill until they get clear direction from above. “Everyone’s sort of afraid to step too far out in front of knowing what the new leadership is going to want,” Dickinson says.

Meanwhile, individual agencies are doing what they can to keep projects on track. Jackie Richter-Menge, a polar researcher with the US Army Corps of Engineers’ Cold Regions Research and Engineering Laboratory in Hanover, New Hampshire, says that the 16 agencies that coordinate the US Arctic research programmes have been working harder on issues such as data collection, scientific infrastructure and international cooperation since Trump took office. “We know the leadership’s not there at the top of the pyramid,” she says. “We know we need to keep things going.”