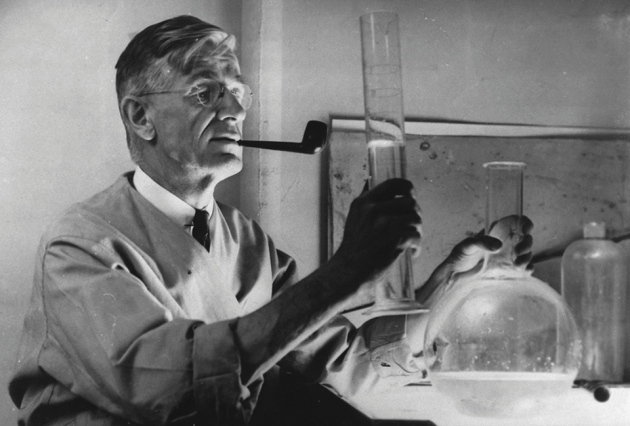 US president-elect Donald Trump has chosen people for key jobs overseeing national security, defence and environmental policy. But he has not addressed whether he will fill the most important job in US science: presidential science adviser.

Historically, many incoming presidents — who are elected in November — have designated a science adviser in December, as they transition to the White House. But Trump’s transition team has not yet been in touch with the White House Office of Science and Technology Policy (OSTP), led by President Barack Obama’s influential science adviser, physicist John Holdren, to discuss the changeover. Many researchers worry that if Trump does not pick an adviser soon, science will have a much weaker voice during the next four years.

“I have some questions as to whether Trump is going to want a science adviser at all,” says Albert Teich, a science-policy expert at George Washington University in Washington DC. “He doesn’t like briefings, he doesn’t like to listen to people. I can’t imagine that whoever he appoints would have a very influential position.”

Still, some of Trump’s earliest moves as president may involve scientific topics. He has said that on his first day in office, 20 January, he will repeal many of the executive orders Obama has used to set policy — including those on energy and climate.

Getting a science adviser in place early would help Trump to understand the scientific implications of such issues, says Neal Lane, a physicist at Rice University in Houston, Texas, who advised President Bill Clinton from 1998 to 2001. “The president could make really good use of advice from someone he has chosen who’s knowledgeable about science and technology,” Lane says.

Given Trump’s lack of ties to the academic or scientific communities, some speculate that he will seek technical advice from business or high-tech leaders. His transition team includes Silicon Valley billionaire Peter Thiel, who — among other things — funds a fellowship for young adults to bypass college and develop business ventures. “We’re going to have a whole new set of people in Washington, names that we’ve never heard before,” says Deborah Stine, a science-policy expert at Carnegie Mellon University in Pittsburgh, Pennsylvania, who served in the Obama White House for three years.

Trump may also prove open to arguments about how research can strengthen US competitiveness. Stine points to an influential report released in 2005, during George W. Bush’s administration, that described the importance of research to the national economy. Put together by a committee led by aerospace chief executive Norman Augustine, the analysis helped shape bipartisan legislation to support innovation — with strong backing from the White House. To influence science in the Trump presidency, Stine says, “you need Norm Augustine types”.

Being named early in a president’s administration increases the chance a science adviser can influence both who will lead science agencies and the annual wrangling over government spending on research. Trump will submit his first budget request to Congress next spring for the 2018 fiscal year that starts on 1 October 2017. But he is likely to sign his first budget into law in April next year. That is when the stopgap spending measure now being negotiated would expire, and Congress would have to hash out a plan for further funding.

Presidents Clinton and Obama both chose their science advisers the month after they were elected. But not every recent president has moved so quickly: George W. Bush took seven months to choose physicist John Marburger. (All of the presidential science advisers have been male, and nearly all have been physicists.) By the time Marburger started the job, the Bush administration had made several crucial science-related announcements, such as restricting funding for research with human embryonic stem cells.

Many scientists complained that the stem-cell ban stifled research, and later criticized Marburger for serving in what some called an anti-science administration. But the adviser’s job is to provide technical input into policy decisions, not to make the decisions themselves, says Roger Pielke Jr, a science-policy expert at the University of Colorado Boulder, who has studied the history of the position. “The science adviser is not a philosopher-king,” he says.

At times, presidents have sidelined their science advisers onto pet topics. Ronald Reagan assigned his to the Strategic Defense Initiative, an anti-ballistic missile defence system. “A science adviser is only as influential as the president wants him or her to be,” Teich says.

Although the OSTP is codified in law, the president does not have to make use of it. Several members of Trump’s transition team came from the Heritage Foundation, a conservative think-tank in Washington DC that issued a policy paper in June suggesting that the office be eliminated to reduce bureaucracy. “Presidents are fully capable of creating the resources and finding the people that they need without a formal office like OSTP,” says Katie Tubb, a policy analyst at Heritage and a co-author of the report.

Only Congress could shrink or eliminate the OSTP, but there is precedent for doing so. In 1995, lawmakers effectively dismantled another technical advisory entity, the Office of Technology Assessment, by refusing to fund it. Many in the Washington science-policy world still bemoan the loss of this office, which produced in-depth technical reports that shaped federal policies and served as a model for technology-assessment agencies in Europe.

Even reducing the size of the OSTP would hurt US science, says Rosina Bierbaum, an environmental scientist who headed the office for eight months in 2001 until Marburger took over. That’s because it coordinates funding for science across government agencies, and is the main entity looking for redundancies and gaps in those portfolios.

“There’s so much interconnection across the disciplines of science needed to solve increasingly complex issues,” says Bierbaum, who now splits her time between the University of Michigan in Ann Arbor and the University of Maryland in College Park. She points to the US Global Change Research Program, which spans 13 agencies, and the cross-government BRAIN neuroscience initiative as examples.

Wherever it comes from, science advice in the Trump administration will be crucial, says Lewis Branscomb, a physicist who has served on various presidential advisory groups stretching back to the administration of President Lyndon Johnson in 1964. “The new president is going to need all the help he can get — that he will take.”