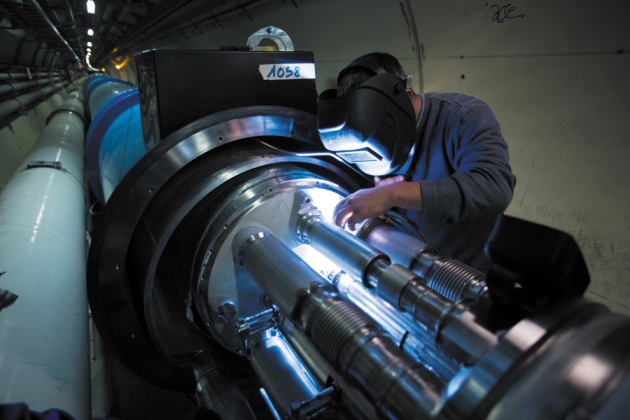 The souped-up Large Hadron Collider will resume its search for exotic particles.

The long wait is over: the Large Hadron Collider (LHC) will reboot in March after a two-year shutdown. The machine at CERN, Europe’s particle-physics laboratory near Geneva, Switzerland, will restart with collisions at 13 trillion electronvolts — almost double the current record. Scientists hope that the extra firepower will help the collider to unearth phenomena that fill in gaps in the standard model of particle physics. The popular theory of supersymmetry, already in doubt, could lose further favour if the upgraded LHC cannot find evidence of the many heavy particles that the theory predicts.

Nature Special: A preview of 2015 in science

The United States and China, the world’s biggest carbon emitters, made historic pledges in 2014 to reduce their greenhouse-gas emissions. That could clear the way for a new global climate deal at United Nations talks in Paris in December, where nations hope to finalize a legally binding post-2020 agreement. Meanwhile, the average annual level of heat-trapping carbon dioxide in the atmosphere could creep above 400 parts per million for the first time in millions of years.

Health workers hope to stop the Ebola epidemic in Guinea, Liberia and Sierra Leone. That will require wider use of proven public-health measures — such as rapid detection and isolation of people with Ebola. Trials of vaccines are planned for early in the year; results should come by June. Tests are already under way on several drugs, as are trials of treatments that use the antibody-rich blood of people who have survived Ebola. The blood treatments could be rolled out quickly and widely if proved effective.

Comets are out, dwarf planets are in. In March, NASA’s Dawn probe will arrive at protoplanet Ceres, the most massive body in the asteroid belt between Mars and Jupiter. Ceres is thought to have water ice beneath its crust. And after travelling 5 billion kilometres, NASA’s New Horizons craft will finally reach Pluto, making its closest approach on 14 July. The encounter promises the first intimate look at that rocky world and its moons, and new data on Pluto’s atmosphere.

The £650-million (US$1.0-billion) Francis Crick Institute will open in November in central London and house 1,250 researchers in its chromosome-shaped building. Farther north, the £61-million National Graphene Institute will open this spring at the University of Manchester, UK. The centre, funded in part by the British government, is a key element of Manchester’s campaign to create what it calls Graphene City. And the US$100-million Allen Institute for Cell Science in Seattle, Washington, funded by Microsoft billionaire Paul Allen, will begin delving into the body’s most basic unit. 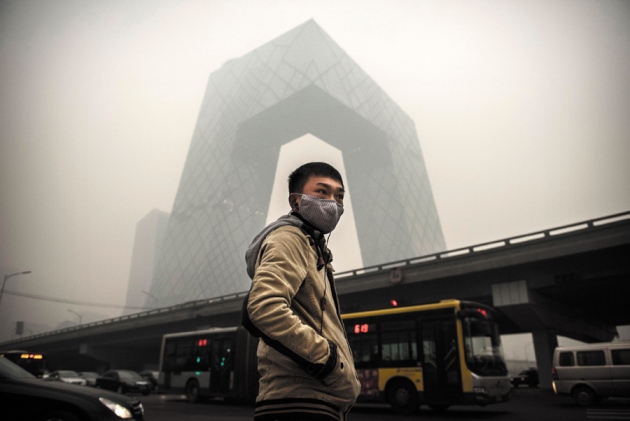 Drug companies are racing to bring a new class of cholesterol drug to market, and some may cross the finish line this year. The therapies, which reduce levels of low-density lipo-protein (LDL) cholesterol by targeting the protein PCSK9, have shown promise in clinical trials. Last year, two drugs moved to the front of the pack: one from Amgen of Thousand Oaks, California, which filed for US approval in October, and another from Paris’s Sanofi, which has been assured of a speedy review by US regulators. Decisions on both drugs are expected by summer 2015.

The hunt for ripples in the fabric of space-time will get better tools. Towards the end of the year, the Laser Interferometer Gravitational-Wave Observatory (LIGO) detectors in Richland, Washington, and Livingston, Louisiana, will emerge from a major upgrade to boost their sensitivity. After two decades of trying, the LIGO team hopes to glimpse the waves predicted by Albert Einstein almost a century ago. This autumn, the European Space Agency’s Laser Interferometer Space Antenna (LISA) Pathfinder will start to test similar wave-hunting technologies for a mission set to launch in 2034.

Palaeogeneticists hope to sequence the complete genome from the 400,000-year-old Sima de Los Huesos human, found in a deep cave in northern Spain. The ancient human’s mitochondrial genome was published in 2013, the product of a Herculean effort given the specimen’s deteriorated bones. Decoding the rest of the genome is expected to be even harder, because of the relative scarcity of nuclear DNA. But the results could help to clarify the evolutionary relationship between humans, Neanderthals and another ancient group called Denisovans, and to identify episodes of inbreeding between distantly related hominins.

Big changes are afoot. The Russian government will review 450 research institutes at the Russian Academy of Sciences, after stripping the academy of its independence in 2013. UK citizens will go to the polls in May for the first general election since 2010, and Parliament will decide whether to allow three-parent in vitro fertilization — which would be a global first. The European Union will mull over how to replace the science-adviser position that was scrapped in 2014, and the United States will see its Congress move under Republican control.

Two new US research vessels are going full steam ahead: the US National Science Foundation will formally commission its Arctic-bound Sikuliaq, and the Woods Hole Oceanographic Institution’s Neil Armstrong will begin science operations. Germany also gets a new research vessel, which shares its name with its predecessor: Sonne. Elsewhere on the seas, the Ocean Observatories Initiative, a US push to monitor the seas in real time, will be completed in late May. And Japan is likely to restart “scientific” whaling in Antarctic waters after a hiatus imposed by the International Court of Justice.